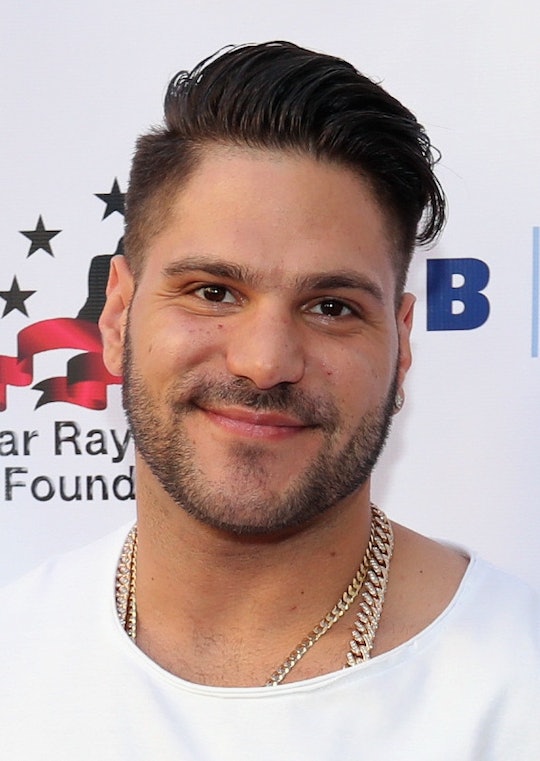 Ronnie Ortiz-Magro From 'Jersey Shore' Is In A Serious Relationship & No, It's Not With Sammi

For more than a year, Ronnie has been dating Jen Harley and if his Instagram is any indication, the couple seems to be deeply in love and excited to tackle the ups and downs of parenthood. Ronnie announced via social media in December 2017 that they were expecting their first child together, and on Tuesday, April 3, as reported by Us Weekly, they officially welcomed their baby girl. Harley already has an 11-year-old son from a previous relationship she was in, but as this is Ronnie’s very first child, the couple is getting to go through the exciting experience together for the first time.

As for what Harley does for a living, that’s kind of difficult to tell. However her Instagram does show several professional modeling photos, which may indicate her main source of income. She’s also posted a lot of promotional photos for Las Vegas venues and parties in the past, so that could be another side job as well. Regardless, though, she and Ronnie seem to be going strong and are as excited as you would expect them to be, embarking on parenthood together while still maintaining something of a low profile as a couple.

Fans may be introduced to Harley on Jersey Shore Family Vacation at some point since she posted on Instagram in February the only photo she was able to get with Ronnie while in Miami, which is where the season was filmed.

If nothing else, it will give fans as well as other cast members the chance to get to know her better. Ronnie told Us Weekly that fellow Jersey Shore alums Jenni "JWoww" Farley, Paul "Pauly D" Delvecchio, and Nicole "Snooki" Polizzi have all given him advice on parenting. "They all went through different experiences, which is great," he told the outlet.

Besides the son she already has and now her little girl, Harley also has an adorable pit bull ,who is not quite two years old and who also takes up a few photos on her Instagram as well, and rightfully so.

Despite being as strong as ever, Harley and Ronnie don’t have immediate plans to get married anytime soon. At least that’s what he told reporters in March at the Los Angeles premiere of Jersey Shore Family Vacation. "The next ring I’m going to buy is a teething ring," he said at the time.

But judging by Instagram, Harley seems more than happy to continue to enjoy life with Ronnie, their new baby, and her son. Luckily, there aren’t any videos or photos of her fist-pumping just yet, but honestly with Ronnie as a partner, I wouldn't put it past them. There’s no guarantee that she’ll be popping up on Jersey Shore Family Vacation this season, but since she and Ronnie are in such a dedicated and serious relationship, it's definitely a possibility.