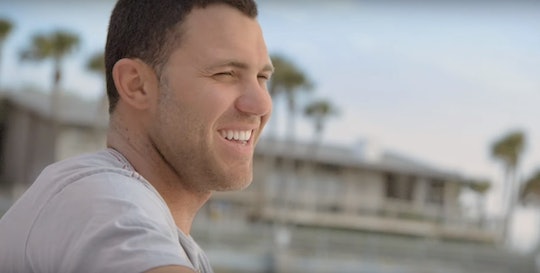 MTV’s resident reality show which follows a group of wealthy friends as they date each other, fight, and make up, sounds like something from the early 2000's. That’s probably because Siesta Key is like the modern day answer to that Laguna Beach-sized hole in your heart. But because the original continuous MTV reality series was rumored to be partly scripted, you might be wondering if Siesta Key is real or if it, too, is manipulated. As it turns out, the show might fall into more of a gray area than anything.

Reality shows like Siesta Key, which follow the same cast every season as opposed to introducing new people, tend to film multiple scenes of the same conversation to get everything camera ready. One Siesta Key fan on Reddit claimed that a Sarasota, Fl. reporter allegedly saw a Siesta Key producer reshoot scenes with Juliette and Chloe at a restaurant because other restaurant patrons got into the shot. That could just be a rumor, but it would make sense, since the finished product that airs on MTV is always nearly perfect.

So while some of the scenes might need to be re-shot or conversations might need to happen more than once to get the information on camera, I don't think Siesta Key is totally scripted. Just more heavily edited than anything. You definitely can’t write the situations Alex gets himself into.

Siesta Key might not be totally authentic, but the stars already knew each other well before the show was ever a thing, and the relationship drama seems to be real too. According to The New Yorker, the show does share the same producers as Laguna Beach, so it’s possible that production instigates some of the drama to make for more exciting episodes, but none of the Siesta Key cast members have come out to claim that the show is scripted or that it's fake in any way.

Ahead of the 2017 series premiere, the Siesta Keys cast spoke to the Sarasota-Herald Tribune about filming the show and how it began. Alex explained that it started off as a project for his dad who saw the potential in a reality show featuring Alex and his friends doing what they already did daily. That is, partying, boating, going to the beach, and spending lots of money.

The cast explained that the show is about their lives in Siesta Key and said that they all knew each other for years before Alex’s dad shopped around the Siesta Key pilot. Chloe told the Sarasota-Herald Tribune that doing the show is essentially being filmed hanging out with your friends.

Laguna Beach co-creator Mark Ford told Reality Blurred that the cast creates dramatic situations all on their own so there’s been little need for producer interference to create artificial drama. "They do most of the work," Ford said. "There were so many things that happened that we never could have anticipated… This cast this cast is inherently interesting and dramatic. If the cameras weren’t there, they would be doing the exact same thing that they’re doing on camera. I think the cameras only amplify."

He compared the authenticity of Siesta Key to how Laguna Beach was in the beginning. Laguna started off as a similar reality series with friends who already knew each other and had grown up together in real life. It eventually evolved into something a little more augmented and segued into The Hills, which had its own fair share of scripted rumors. As the series goes on, Siesta Key could fall down the same rabbit hole of producer-manipulated scenes and overdone editing. But right now, it seems pretty real.