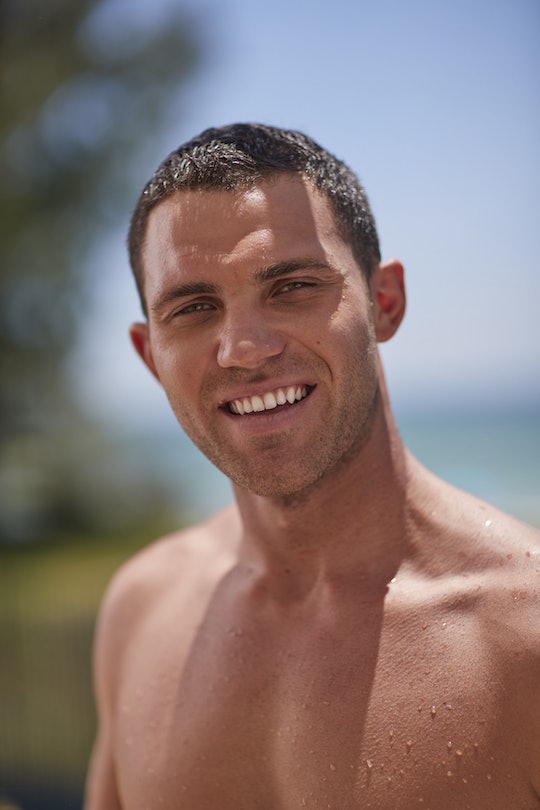 If there's a "main character" or a star of Siesta Key, it is probably Alex. The show has had a revolving door of his ex-girlfriends and the whole idea for the series came from his dad, Gary, a Florida chiropractor. Alex is arguably at the center of all of the drama, so new fans might be wondering who Alex on Siesta Key is.

While the format for the show is eerily similar to that of MTV classics Laguna Beach and The Hills, Alex's dad came up with the idea to film Alex and his friends one summer and pitch the idea to MTV as a new reality show. The footage must have had the right amount of relationship drama and overhead shots of sprawling beach mansions, because Siesta Key is still going strong on MTV.

Alex is the resident bad boy of Siesta Key who has enough exes in his inner circle that it would probably easier to pick out from the cast the ones who he hasn't hooked up with. Somehow they still hang out together in general harmony, and Gary's idea to thrust his son into the spotlight came because the friendships were already there.

"I go, 'You guys are really having a hell of a lifestyle,'" Gary told the Sarasota Herald-Tribune in 2017. "I said this would be a good reality show. Plus they’re good kids, so that was the main thing, they weren’t bad kids. I said this would be a good story because when I was growing up, you had Father Knows Best, you had My Three Sons, you had people with values and I didn’t see that in the TV of late."

I’m not sure if Siesta Key falls along the same lines as those family-oriented shows, but it definitely fills the void that Laguna Beach left behind.

Despite being the cause of a lot of drama on Siesta Key, I do think Alex is working on growing up a little. Although Season 2 has shown some potential issues with his girlfriend, Juliette, Instagram shows that they’re still together after filming ended. And although Alex’s LinkedIn doesn't show much other than his education, his Instagram bio does include that he’s a 2L law student, so he’s definitely getting there.

Alex spends his free time outside of Siesta Key fishing for fun and in competitions and seems to value time with his family. And although it's unclear what Alex does for a living, he's apparently a rep for Pruvit, a company that sells workout supplements. He also shills other products on Instagram, like FabFitFun boxes, so at least he’s raking in some residual income from his newfound fame.

Alex might not be pulling in millions on his own just yet, but he does come from money. If the house you see on the show isn't enough, you can see plenty of pictures of the family home on Alex’s Instagram. Spoiler alert: it legit looks like a mansion out of The Fresh Prince of Bel-Air. In 2016, their home, which was valued at more than $12 million, was named #10 in Sarasota Magazine’s Top 20 Most Expensive Homes in Sarasota. The family fortune comes from Alex’s dad’s chiropractic practice and his legal and medical advice hotline, ASK-GARY. It might not be a fortune that Alex can take credit for, but it has afforded him the ability to live his lavish lifestyle and take time in figuring out what he wants to do with his own life.

In the meantime, I’m sure he’s more than happy to keep the drama train rolling on Siesta Key while hopefully staying on the straight and narrow with Juliette. I honestly can't take another Alex love triangle, so let's hope this sticks.