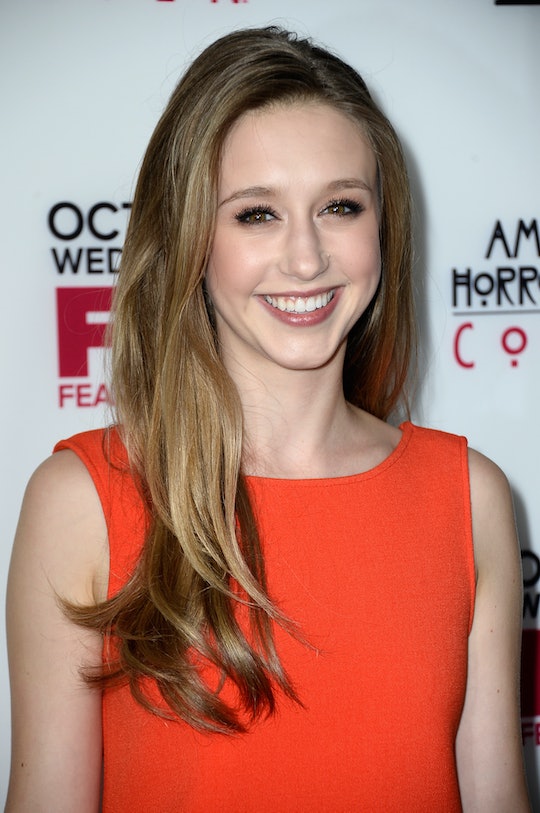 Is Taissa Farmiga The Real Scathach On 'AHS: Roanoke'? It Might Be Too Soon To Tell

So far, Season 6 of American Horror Story: Roanoke has progressed at a decent enough pace, never lingering too long on less than noteworthy scenes. So naturally, fans are expecting more of that for the remaining three episodes of the season, rather than seeing the final episodes crawl along until the finale. That being said, now that viewers know Taissa Farmiga will be returning to AHS this season, they're dying to know where is she, and — perhaps more importantly — is Taissa Farmiga the real Scathach on AHS: Roanoke? With the announcement that Farmiga, along with Finn Wittrock, would be coming back to the show for the show's sixth installment, naturally it was assumed that she would be back sooner rather than later. And yet, she's nowhere to be found... or is she hiding in plain sight?

Viewers saw the "real" Scathach during last Wednesday night's episode, getting busy with Matt in the basement of the farmhouse. But there was barely any time to get a look at the witch of the woods' face before she disappeared, prompting fans to immediately wonder if Farmiga is the real Scathach on AHS. On the IMDB page for AHS, Farmiga still isn't credited for a specific character this season, but since fans kind of have to assume that she's going to be someone important (and considering there is going to be another season featuring Coven), it would be a pretty stellar connection to have her appear as the original Supreme.

While AHS usually has its actors play various roles throughout any given season, it would kind of make sense for Farmiga to show up as a witch, since she's played one before as Zoe on Coven. Unfortunately, all we have at this point is speculation and suspicion.

The scene with Matt and Scathach in the basement happened so quickly and was immediately overshadowed when Shelby hit Matt over the head with a crowbar and then proceeded to bash in his skull. After doing some sort of animalistic hiss, Scathach almost instantly disappeared and that was the last anyone saw of her for the remainder of the episode. With so little time left of the season (three episodes, to be exact), fans can probably expect to see the character again, which would hopefully give us a better look at the actress portraying her. It could very well be Farmiga.

Regardless, it would be an incredible disservice to Farmiga herself if she wasn't given an important role this season. And if that means taking on the role of Scathach, then so be it. Then again, if it means playing someone totally different (but just as exciting), I can get behind that too.