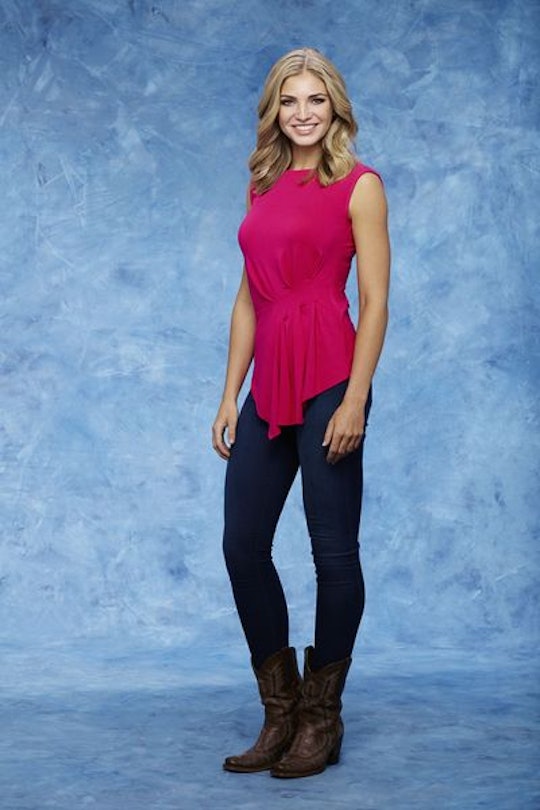 Is 'The Bachelor' Keeping Olivia On Purpose? If So, It's Pretty Brilliant

It seemed impossible. In the middle of Episode 5 of The Bachelor's 20th season, News anchor Olivia Caridi had sufficiently annoyed her fellow contestants and enraged viewers that it seemed certain Bachelor Ben Higgins would send her home. Instead, Ben gave her the group date rose. Even when the remaining twin contestant, Emily, alerted Ben to Olivia's behavior and the episode ended in a "To Be Continued..." cliffhanger, the teasers for next week suggested that Ben might not send Olivia home. It was so unbelievable that many began asking, Is The Bachelor keeping Olivia on purpose?

There's no way to know that, of course. It's always a mystery to what extent producers are controlling the plot of a show and what comes from the characters themselves. It could very well be that Ben sees tons of potential in Olivia, or is just extremely attracted to her, and turned off by the other women's complaints. Or he may be listening to the other women but not think Olivia's behavior is as severe as they describe. It may just be that, since he's not with the women all the time, it's impossible for him to really know what's going on. But if the show has a hand in keeping Olivia on — and again, we have no idea if that's the case — it's pretty brilliant.

Since early in the season, fans have been obsessed with Olivia, and not usually in a positive way. Her mouth alone has inspired a thousand memes, and every week Twitter is filled with commentary about the polarizing contestant, with a few people defending her, most despising her, and many just appreciating the entertainment value of the drama she brings. And the point of a show is, after all, to entertain.

In light of that response, it's not surprising that some wondered if Olivia's long run, in spite of her shenanigans, is calculated.

Obviously the show is not commenting on that possibility, so again, there's no way to know if they have any role in Olivia's longevity as a contestant. The show definitely isn't ignoring the Olivia issue, though. On the after show, Bachelor Live, host Chris Harrison asked Higgins point-blank, "How have you not let Olivia go?" which was probably appreciated by viewers but also drove home that the producers probably aren't hating all of the attention Olivia is bringing to this season.

"I get asked all the time about Olivia," Higgins said, but he acknowledged that he's not seeing everything the women in the house see. He said he really only got wise to some of what had been going on in this week's episode.

"Well, Bachelor Nation is in an uproar," Harrison said. You can say that again.