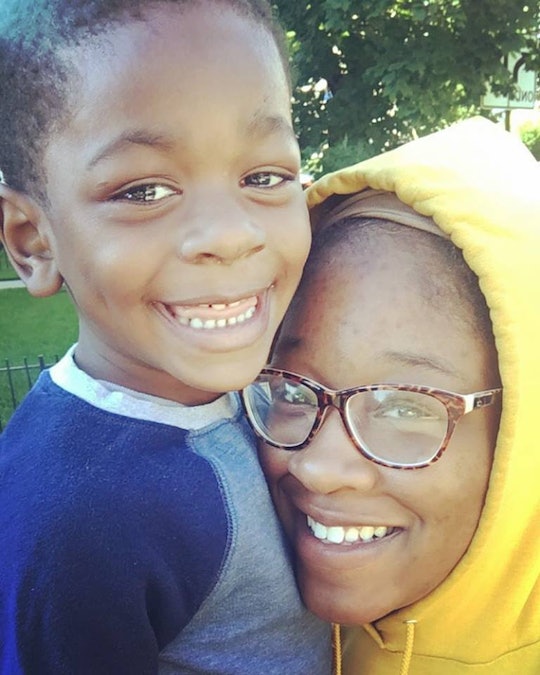 Strolling through the aisles of the supermarket the Saturday before Easter, I was cursing myself for waiting until the last minute to put together my son’s basket. Tossing everything that screamed shiny, new, and special into my cart, I came across an aisle of brightly colored water guns. There were more shapes, sizes, and types than any one child could possibly imagine. For a quarter of a second, I reached out my arm to grab a blue-and-green stripped super-soaker to surprise my son with for Easter, because what little kid doesn’t like squirting water all over the grownups under the warmth of a Sunday afternoon sun? That ability to be so carefree is what childhood is all about.

Before my hand could touch the cardboard casing, I stopped myself. Feeling the surge of fear mingled with anger beginning to erupt somewhere deep in my heart, I remembered Tamir Rice. I remembered that Rice was a child playing in a city park with a toy gun and was killed by officers Timothy Loehmann and Frank Garmback in 2014. I remembered in that moment that those officers did not see an innocent child playing with a toy gun. They saw a dangerous menace. They saw a threat. Pulling my hand away and tucking it back into my pocket, the daunting feeling of knowing my son's life and the way I parent him will forever be changed, dictated by these senseless, unending murders of black boys and black men, was almost too overwhelming.

When talking to a friend who has two white sons of her own about how to explain world issues to children, she said, "I don’t want to expose them to the harsh realities of the world just yet. I want them to enjoy their childhood innocence for as long as possible." As a black mother, I don't have that choice.

Raising a child in a time of smartphones, the immediate gratification of the internet, and reality television comes with its own set of challenges that every parent has to decide on when it comes to guidance. However, I'm raising my black son in a time where I have to sit him down when he becomes of age, which will be around 11, to teach him that no matter who he is, what he becomes, or where he goes in this country, he will always be a black man and that this is punishable by death. Whether he's selling loose cigarettes to make a few extra dollars outside of a consenting store like Eric Garner, or pulled over on a traffic violation like Philando Castile, I have to warn my son that to some people, his life does not matter. He could be shot at least six times like Mike Brown. He could be here one minute, gone the next. A hashtag. A memory. Another name in the fight for social justice.

There will come a time when my son is too old for me to tuck him away behind the safety of my home. Eventually, he's going to want to walk a block to his friend’s house down the street without worrying about the white neighbors calling the police on him because he's a strange black kid wearing a hoodie. At some point, my son will be a teenager and he'll beg me to stay out pass his 11 p.m. curfew to go to a house party, but I won’t let because I know if the party is broken up by the police, my son may not come home. I won't allow him to drive around suburban or mostly white neighborhoods after dark. I will instead drill him on how to handle himself during a traffic stop to the point of it feeling like it's 1951 in rural Alabama and not 2016. He'll know to keep his eyes forward, hands on the wheel, and to keep his mouth shut, and I pray that doing so will be enough for him to make it out alive. The Alton Sterlings, Philando Castiles, Mike Browns, Trayon Martins, Sandra Blands, Tamir Rices — they're not just hashtags or ways to start a fight on social media. These people are, in many ways, my son, my future children, and I am scared to death because there is nothing I can do to shield them from this reality.

Some may see my behavior as "proof" that I'm letting the fear win by restricting how my son is allowed to enjoy life. When we ride in a car, we wear our seatbelts in case of an accident. I consider this much the same. My protections — my need for his safety — I hope it is enough to save him, much the way we count on seatbelts to save lives in accident. I don't view what I'm doing as "giving in" to fear. I'm doing what any mother would do — what any mother has to do: I'm fighting to keep my little boy alive.

I have a few friends who are also parents, and most of them are actually white people raising white children. While they're able to enjoy the privilege of going back and forth on whether or not free-range parenting and exclusive breastfeeding are the best ways to raise a child, my parenting is controlled by fear and angst. While they're awarded the luxury of being white in America, I'm tasked with figuring out ways to explain to my black son that yes, the cops are here to protect us, but some of them don’t understand that this oath means all of us. Once, when talking to a friend who has two white sons of her own about how to explain world issues to children, she said, "I don’t want to expose them to the harsh realities of the world just yet. I want them to enjoy their childhood innocence for as long as possible." As a black mother, I don't have that choice. The harsh realities of the racism alive and well in America have implanted themselves in my son’s childhood whether I like it or not, and not talking about it's not preserving his childhood innocence — it's risking his life.

On a bright and promising Tuesday morning in Baton Rouge, Louisiana, Alton Sterling left his home to do what he had to do to provide for his family: cell CDs in front of a consenting store. Before lunch, he was pinned down to the ground and shot several times in the chest and back. On the same bright and promising Tuesday morning in Hackensack, New Jersey, I learned that Alton Sterling was gunned down by the police, and I cried as I held my son tighter, letting my helplessness consume me.

Like most moms, I want my son to have access to every drop of sweetness this life can offer him. But I do so knowing that Tamir, Eric, Mike, Akai, and the many, many more who never made the 10 o’clock news report had that sweetness stolen from them much, much too soon. And so I'm doing everything I can to give my son a fighting chance.