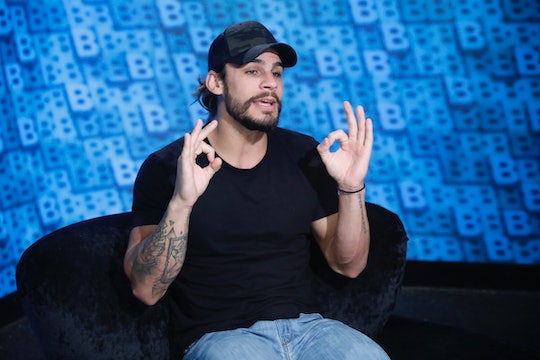 Cliff’s Head of Household reign was supposed to be the thing to turn around Big Brother 21. Houseguests who aren't a part of the Six Shooters and fans alike expected Cliff to get either Jack or Michie out of the house. But when Bella was put up on the block next to Jack, it made it easier to get her out and break up Nick and Bella’s showmance than to take out Jack, as Cliff planned to do. So while it wasn't a shock when Jack didn't get evicted on Big Brother Thursday night, fans on Twitter were still upset that the comp beast and unofficial leader of the house is sticking around for at least another week.

If Cliff had picked someone close to Jack to put on the block next to him for eviction, it might have been hard for the Six Shooters to choose who to pick and it would have been an actual contest. But Michie, Jack, and the rest of the power alliance wanted either Bella or Nick out of the house as soon as possible. With Bella as Jack’s opponent, it was clear where the majority of the house votes would go. And fans aren't happy about Jack sticking around.

A lot of fans felt that Jack had an eviction coming to him. As viewers have seen on the Big Brother live feeds, he repeatedly ruffled the feathers of other players and was accused of bullying other houseguests like Ovi and Kemi. He is also powerful as a member of the Six Shooters alliance and he knows it.

With Jack still in the house, it makes it harder for the power to go around rather than stay in the big alliance. Cliff almost used his HOH reign to put a big crack in the alliance, which I think is needed at this point, but having Bella on the block was Cliff’s own fault and it meant that his original target made it out of his first eviction unscathed.

Cliff explained in Thursday’s episode that he will go out for Jack again in the coming weeks, but that doesn't help him right now. Jack and the rest of his alliance are the houseguests who originally voted Cliff out to Camp Comeback. Now, more than ever, he could be their prime target. If Cliff hadn’t put Bella on the block next to Jack, then Cliff might have had a real chance at getting his top target out now. Big Brother fans see the repercussions of keeping Jack in the house.

Most fans aren’t particularly upset that Bella is gone because she made a few waves of her own. She got into fights with both Kemi and Nicole at different points in the season and repeatedly got under fans’ skin with her actions. The issue fans have right now is that the lesser of two evils left the house and Jack is still riding high with the Six Shooters. The house had the chance to get him out and they couldn't see the value in doing it.

Right now, Cliff’s plan is to remain an impartial party and keep the Six Shooters in his good graces. He is basically an unofficial member of the alliance and has proven himself to be formidable competition. As he pointed out on the show, in the coming weeks, the alliance could turn on each other and that is when he can attack them again to get Jack, or another powerful member, out of the house.

With Jack still in the house, however, almost no one is safe while he leads the Six Shooters to sway whichever way he needs them to.