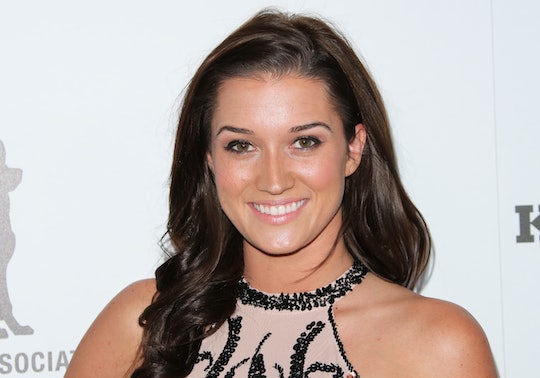 After welcoming baby number two in late July, The Bachelor alum Jade Roper opened up about her son's struggle to gain weight. Roper revealed her feelings of guilt in an emotional post after learning her 4-month-old boy, Brooks, is in the 5th percentile weight-wise.

Roper began her post on Friday by sharing details about her issues with feeding Brooks, writing to fans, "Our feeding journey with Brooks has been a really hard one. We’ve dealt with dairy and soy allergies that left him crying for hours on hours from malabsorption, a lip and tongue tie we were advised not to revise (although they give him a poor latch), milk supply issues, foremilk/hindmilk imbalance."

The former reality star divulged these details before, but what she shared next is new: "We went to Brooks’ four month check up and I was crushed to find out he’s in the 5th percentile, and that the ped was very concerned about his weight gain. I’ve never felt more like a failure."

Roper admitted she was surprised to learn Brooks was struggling because she had worked so "hard" on his feedings. But now the stark reality has left the mom reeling with feelings of guilt, sharing, "I feel so bad I may have been missing some cues from him I didn’t know he was showing."

Of course, none of this is Roper's fault, something I can't stress enough. But I understand why the mom-of-two (she also shares 2-year-old Emmy Tolbert with husband Tanner Tolbert) feels this way.

Now Roper is working on a solution, noting how she's supplementing Brooks' feedings with hypoallergenic formula and is adding in extra sessions.

Roper ended her post by sending a call out to other moms who might be in the same boat. "Any mamas out there that had babies that were on the lower end of the weight percentiles? How did you get through the worry and the guilt? How did you not over obsess with the progress? There’s been so many tears over here, but we are strong and working on getting this little guy some rolls."

Feeling helpless as a parent is the worst feeling. All I can say is I wish nothing but the best for this sweet family.

More Like This
Marie Kondo Gives Up Tidying Post-Kids, Sparking Joy For Moms Everywhere
Sally Field Is The Ultimate Cool Mom Who Once Tried To Set Her Son Up With An Olympian
Keke Palmer Casually Drops Her Baby's Sex On Jimmy Fallon
Josh Duhamel Is Glad He Took Fergie's Advice About Dating After Divorce
What Parents Are Talking About — Delivered Straight To Your Inbox