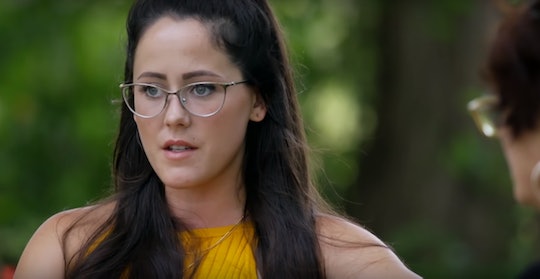 Some Teen Mom 2 fans might be feeling the lack of Janelle in recent episodes, but the more dedicated fans who still follow the reality star on social media are privy to plenty of peeks into her personal life both on and off the show. While being on reality TV means that most of your business is already on display for viewers to see, Janelle’s Instagram shows how important family is to the Teen Mom 2 star. In a way, that probably goes without saying since the women of the show have built their careers around their children, but Janelle’s life seems to revolve around her children and her husband David on their North Carolina land more than anything else.

There are a few stray photos of Janelle with fellow Teen Mom 2 cast member Briana and some advertisements for weight loss tea because she is still a reality TV star and none of them are safe from schilling on Instagram. But for the most part, Janelle’s Instagram shows what life is like when the cameras aren't in her face and producers aren't grilling her for answers about her relationships with her exes and if she and her mom have any new drama to spill.

Janelle currently shares custody of her oldest son, Jace, with her mom, so he isn't always at her home, but her son Kaiser, of whom she shares custody with her ex-husband, Nathan, spends a fair amount of time with her. Janelle also has a daughter, Ensley, with her current husband, and he has a daughter, Maryssa, who shows up in Janelle's Instagram from time to time. Needless to say, there never seems to be a dull or kid-less moment at home for them.

When Janelle’s kids aren't playing on their swing set or enjoying the pool in their own backyard, they are riding four wheelers and playing with chickens. It honestly sounds like a ton of fun and Janelle’s method of allowing the kids to grow up partly in the wild on their property seems to be working for them. All of the kids aren't always home at the same time, but Janelle’s Instagram shows how close the siblings have all gotten over the years.

In December, Janelle took a time lapse video of her family's daily routine to show her followers and fans that their life can be just as chaotic as any other family’s. And from the feeding all of the kids different foods to the fixing Ensley’s hair while she was in her highchair, unable to squirm away, it was definitely relatable. While Janelle might sometimes get into her Teen Mom 2-related drama on social media, lately her Instagram is all about her family and making memories with her kids.

Janelle's Instagram also shows how much their family is growing lately. And no, I don't mean by having more children, though it does seem common to have at least one new baby on every season of Teen Mom 2. Janelle and her husband have recently added ducks, chickens, and pigs to their property and they basically have a mini farm now. Personally, I’m not wild about farm animals you have to clean up after, but they seem to be having fun.

Janelle might not be on Teen Mom 2 as much as she was before her husband was let go from the show, bit her Instagram is definitely one way for fans to keep up with her outside of the franchise. If nothing else, it shows another, more mellow side to the Teen Mom 2 star and lets you see what her life is like when the aren't cameras rolling.