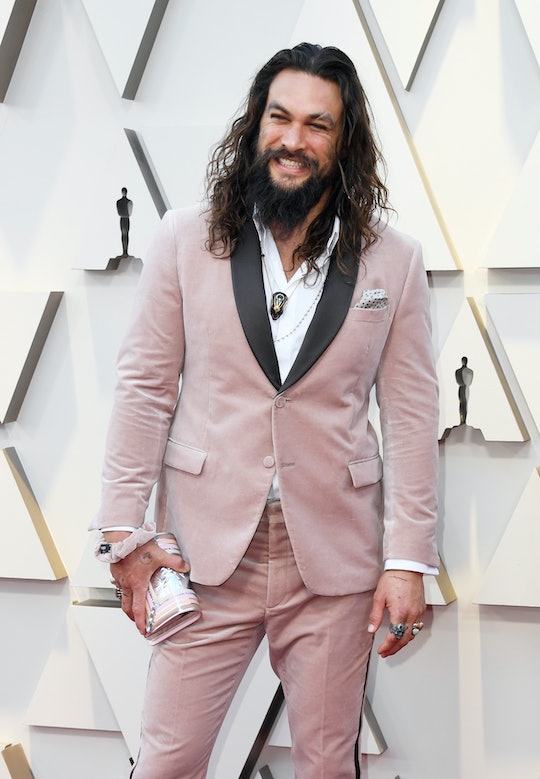 Father's Day is here, and dads everywhere are celebrating in different ways. Some are barbecuing with family, others are spending time with their kids. Jason Momoa is marking the special day with a short film released on his YouTube channel. In it, Momoa shared his love for motorcycles with his kids, recalling his very first bike. From working on different bikes with his kids to taking them for rides, the Game of Thrones alum made his kids a part of it all.

Called "Where the Wild Stomped In," Momoa posted the video on his YouTube channel to wish viewers a "Happy Papa's Day." The footage features photos and clips of himself, wife Lisa Bonet, and their children Nakoa-Wolf and Lola, and also includes such anecdotes as Momoa's memory of getting his first vintage Harley-Davidson motorcycle at 19, (named after one of the actor's "first loves — my grandma Mabel"). The Aquaman star said he was forced to put his motorcycle hobby on hold to raise children and foster his career, but now that he's able to share his passion with them, he wouldn't change anything about his life path. Fatherhood and being a husband, Momoa said, are "the greatest honor."

"It has been a long road. I feel like I blinked and 20 years passed in an instant. But I'm not alone anymore, I'm not young anymore, I'm not in the dirt as much as I'd like to be — but I am in love. I'm a husband and a father and it is the greatest honor of my life," Momoa said.

Momoa spoke at length about this project on Instagram, revealing that it had been a dream of his for "3 decades." The actor said he has always loved "telling stories," revealing that with this short film he was "finally" able to direct. Momoa said projects like "Where the Wild Stomped In" helps him to perfect his "craft."

Momoa's love of motorcycles has always been a major player in his life. In 2017, Gold Coast Bulletin reported that he was surprised with a new 2018 Softail Slim Harley Davidson motorcycle upon arriving at Village Roadshow Studios after filming on North Stradbroke Island in Australia. Momoa posted about the moment on social media, as noted by the outlet, showing a picture of himself smiling in front of a giant box with the motorcycle inside. He said in his caption that he had "Never ever ever been surprised" in such a way. The surprise coincided with Harley Davidson's launch of a new range of bikes, which the company touted as "the next custom revolution."

Momoa is, and always will be, dad goals. He's undeniably cool, and dedicated to his family. Fans love seeing him share his passions with his kids, whether it's his love of motorcycles or the ocean. Here's hoping his loved ones make more appearances in his videos in the future.