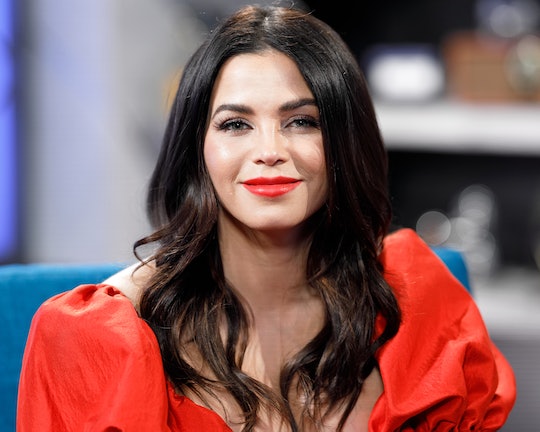 If you're struggling to find a way to encourage fellow Americans to vote this November, leave the task to new mom Jenna Dewan, who posted a postpartum selfie in a bikini to get the important message out.

It's been six months since Dewan gave birth to her second child, a son named Callum Michael Rebel Kazee whom she shares with her fiancé Steve Kazee, and apparently people have been asking the actress and dancer about her "postpartum diet and exercise plan." So she seized the opportunity and grabbed her followers' attention with a photo of herself in the mirror wearing a blush pink bikini.

"A lot of people are asking me about my postpartum diet and exercise plan and I'm here to tell you it's to make sure you're registered to vote like your life depends on it, because it does," Dewan, who also shares a daughter named Everly with her ex-husband Channing Tatum, captioned the shot.

Dewan is just one of many celebrities posting selfies to urge people to exercise their right to vote. Earlier this week, for instance, actress Zoë Kravitz shared her "skin care routine" (spoiler alert: it starts with voting as early as possible) and Real Housewives of Orange County star Lisa Rinna revealed that voting is part of her fitness routine, too.

With the election just weeks away, you'll probably want to take Dewan's advice and confirm that you're registered to vote. And once you do that, make sure you have a plan to vote — whether that's voting by mail or heading to the polls, safely, on Nov. 3.

Beyond helping get fellow voters get prepared for Election Day, Dewan has been raising her two children and also making sure to slot in some "me time" for herself. As the mom of two told People in August, "I've been trying to find some time for centering and balance with meditation. That's been hugely important after having a baby. You kind of come back to yourself and take some me time."