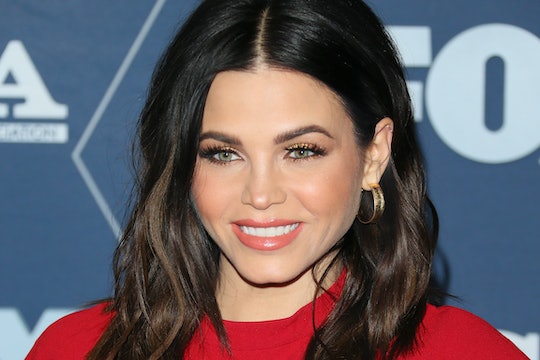 Nausea, swelling, and a craving for delicious tacos. Those are some of the pregnancy symptoms Jenna Dewan has been experiencing as she prepares to welcome her second child, as she shared in a recent sit down with Kelly Clarkson.

The Flirty Dancing host is currently expecting her second child with actor boyfriend Steve Kazee, and is likely due sometime in spring, according to Women's Health. She is, of course, already a mom to her 6-year-old daughter Everly with ex-husband Channing Tatum. Earlier this week, Dewan sat down with Clarkson on her talk show to discuss how her second pregnancy is panning out, and she admitted that things have been a little different for her this time around.

"The first pregnancy was really easy," she told Clarkson. "Evie was a dream pregnancy. This time around; also really great but everything is happening faster."

Dewan went on to explain that she is swelling up faster, experiencing more heartburn, and that she's "way more nauseous this time around." Clarkson, who has given birth to 5-year-old daughter River and 3-year-old son Remington, thought perhaps it could mean she's expecting a boy this time. Dewan didn't say, so I guess we'll have to wait and see until her bundle of joy arrives.

Of course, six years have gone by since Dewan was pregnant so a lot has changed. Though it's impossible to say for sure, a mother's age can lead to some different symptoms in your pregnancy, according to Stanford Children's Health. And also every pregnancy is different, I can tell you this for sure since I was pregnant four times.

Still, not all of the changes in Dewan's second pregnancy are bad. She admitted during that same interview that she's been craving loads of junk food and "everything bad," like Taco Bell (no offense to Taco Bell, of course). With her first pregnancy, though, she craved grapefruit, so things are certainly a bit different.

Another difference in this pregnancy? She already has a daughter who is apparently just as excited about the new addition as her mom. Dewan recently told Us Weekly that Everly is getting ready for big changes in their household. "She just said to me this morning, ‘I’m preparing myself for that baby to cry all the time,'" Dewan told the magazine. "It was so adult and she asked me if the baby cried in the night, could she get out of her bed and go sing the baby a song? And I was like, ‘That is so sweet.’"

It bodes well for Dewan that her daughter is already planning on helping out when the baby cries. Despite all of the challenges of her pregnancy, that is one of the main benefits to the second time around. She already has a little partner to pitch in sometimes — and go with her on a late night Taco Bell run.

More Like This
I Found Gender Euphoria In My Second Pregnancy
Barre Could Be The Low-Impact Prenatal Workout You Need
Tom Hiddleston & Zawe Ashton Are Expecting Their First Child Together
Pitocin Induction: What It Is & The Play-By-Play