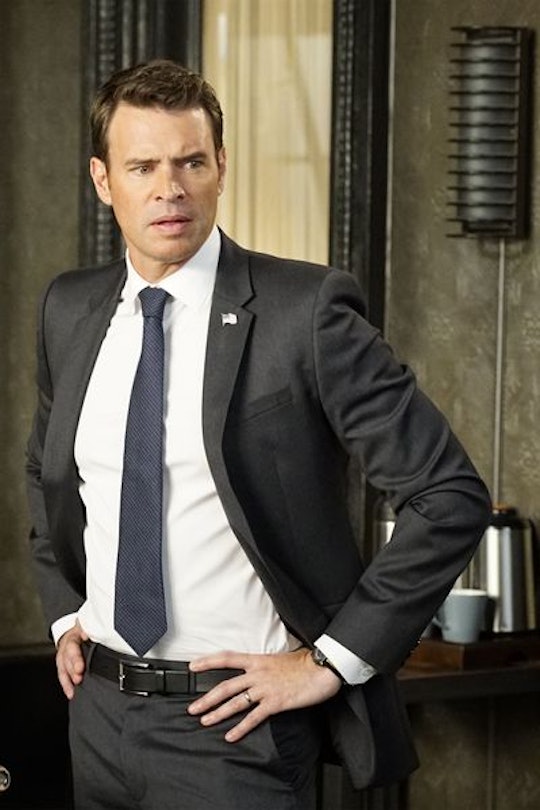 The idea that Jake killed Vargas on Scandal has likely been in the back of the minds of most viewers up until now, along with the possibility that he also killed Jennifer Fields. But now that Jennifer is alive on Scandal, it means that not only is Jake not a murderer (well, a recent one anyway), but that he's also no longer being controlled by Eli Pope, and right now it's probably not safe for many people to know that.

Thursday's episode of Scandal definitely showed Jake setting the bomb in Jenny's cabin in the woods, which then blew up and presumably killed her. But, as it turned out, he disobeyed the direct orders he was given and actually put her into hiding. If Jake was capable of killing Jennifer then it would seem obvious that he was also capable of killing Vargas, but if he's turned this much against Command, then Jennifer being alive on Scandal also means that he probably didn't kill Vargas either.

When Rowan met with Jake on election night and handed him a file with the advice to "take what's yours, son" and to "come home," he no doubt meant for Jake to come home to his place as a ruthless member of B613 and stop ignoring who he really is. But instead of doing so, Jake secretly staged the bombing and saved Jennifer.

Jennifer's survival could also mean that she knows something important. Jake totally didn't spare her life just to keep his conscience clear. Rowan wanted her dead for a reason and chances are, in the coming episodes, it's going to be made clear just what that reason is. The promo for Episode 6 said that the killer will be revealed, so one can only assume that it's going to be done with Jennifer's help.

The important thing is that this means Jake isn't a bad guy anymore. Well, with the way he was treating his poor new wife Vanessa (whose dad he was ordered to kill last season, by the way), you'd think Jake had gone full dark. But in terms of being a murderous creep, it looks like Jake is playing Rowan and working hard to fight on the good side for now.

Jake didn't kill Jennifer on Scandal, but that doesn't necessarily mean she's totally safe. Now, Olivia and company have to use her to possibly clear Cyrus' name while keeping her identity and the fact that she's alive a secret. So, you know, no pressure or anything.