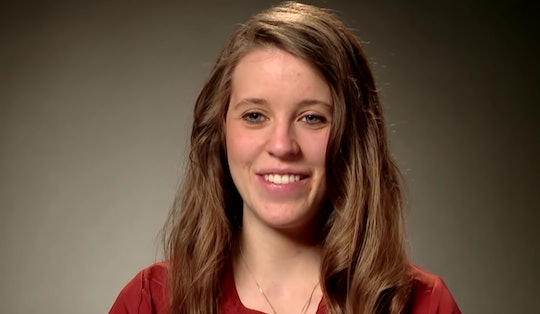 At this point, the Duggar family has been on TV for more than a decade. And while many of the children have essentially grown up on television, they're not as familiar with it as you may have expected. In fact, in a new Instagram post, Jill Duggar revealed a surprising fact about watching TV growing up with her siblings that some fans may find a little surprising.

The Duggar family has been on TV since 2004, starting with their first TV special, 14 Kids & Pregnant Again. Jill was just 13 years old at the time and she, along with her siblings and parents, Jim Bob and Michelle Duggar, practically grew up on camera from there. Since TV cameras have been a huge part of their lives for the past 15 years, one might think they've watched every episode of their own reality shows. But, according to Jill, watching their spin-offs, such as 19 Kids & Counting, wasn't part of their weekly routine. And if they did watch it, they would have to catch it outside of their home.

Jill shared this in the caption of a recent Instagram post. "Growing up in the Duggar family, we were given the rough cuts of the shows before they aired and were able to edit a little if need be, but since we didn't have a TV ourselves, we would usually only watch it on TV when visiting a friend, relative, or at a hotel with cable," she wrote.

Additionally, in the comments of the Instagram post, Jill's cousin, Amy Duggar, shared that they used to hang out and have "watch parties" for the show, though it's unclear how often these happened.

Jill revealed this fact about watching TV after her two young sons discovered that their family is, well, famous. In the same Instagram post, Jill wrote that she had put on an episode of her family's TLC reality show to distract her sons, only for her 4-year-old son, Israel, to recognize her maiden name, Duggar.

In 2017, Jill and her husband, Derick Dillard, left Counting On after appearing in the first few seasons of the show, according to People, and Israel was only two at the time. Jill actually gave birth to Israel on camera during an episode of 19 Kids & Counting in 2015, but he was too young to remember cameras being in his life.

Although the siblings still living in the Duggar home aren't allowed to watch broadcast TV, they are allowed to watch some shows and movies. In a 2011 interview with HuffPost, Jim Bob said that they ended up pulling cable TV from their home after it became too much of a distraction. But, they still watch "wholesome" family programs on DVD from time to time. "We are very selective about what we watch," he told HuffPost. Now that many of the Duggar siblings have children of their, it'll be interesting to see how they handle television in their own homes.