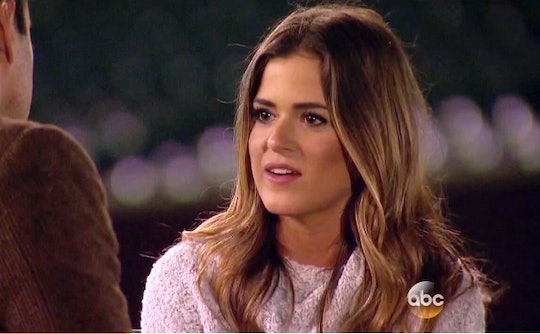 Joelle Fletcher, or "JoJo", as The Bachelor fans know the country-music loving Texan who has made it to the top four in an effort to win Ben Higgins' heart, is on her way to the finish line: Season 20's final rose ceremony. The real estate developer with an independent streak (and a personality much bigger than her tiny frame would suggest) has been a favorite this season. Curious fans hoping to scope out a little extra info on the sweet-natured Bachelor contestant are in luck, because you can learn a lot more from JoJo's Twitter and Instagram account what the ABC reality show has let on thus far — one glance is all it takes to figure out why she's made it this far. Everyone, including Ben, seems to just love JoJo.

JoJo is both a fan and a contestant favorite. In fact, even JoJo's former rivals love her. It's easy to tell that her personality is genuine by how many of the ladies in The Bachelor house support her... at least that's how it's played out in the past. (Remember when former Season 20 contestant Olivia's divisive ways? That certainly didn't get her very far as she was left in the Bahamas by Ben during last week's episode.)

JoJo might also might be Ben's choice for his potential life mate, if this week's episode is any indication — remember those matching Mr. and Mrs. Higgins Chicago Cubs jerseys?

If JoJo is really going to be Ben's final rose recipient, Bachelor fans should probably acquaint themselves with the contestant a little bit better. Here's what we can assume from a perusal of her social media accounts:

She's Not Afraid To Show Off Her Style

Another great thing about JoJo...? Her sense of fashion, of course — and let's face it, you need to have a few fashion tricks up your sleeve to make it on The Bachelor. She is obviously not afraid to take risks.

And she's not afraid to share her style secrets with fans either! I mean, there's nothing worse than being stingy with style. And for real, check those open-toed booties out.

Everyone loves an adorably puppy or kitten, right? The Bachelor's main man Ben definitely does. And what would you know? JoJo's social media accounts are full of pics of her dog Jackson. Perfect.

So, everyone knows by now that their respective faiths are just one thing JoJo and Ben have in common. If you take a look at JoJo's Instagram account, you'll find a variety of religious quotes and references to her Christian faith — including one that reads: "Do not be misled: Bad company ruins good character." I wonder if she thinks she's found "good company" in Ben?

Now that you know way more than you did about JoJo before you read this post, check out her online rep for yourself, and make an informed decision about who should get the very last rose. (Psst... it's JoJo.)