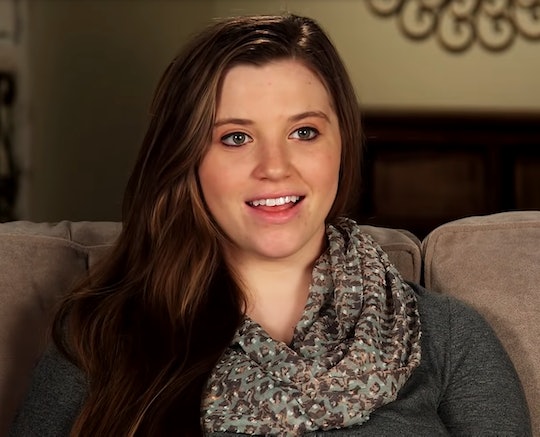 Back in the day, when you wanted to see someone’s baby photos, you had to visit their house and pull out an album. But thanks to social media, all that has changed, and we can celebrate the adorable changes of those baby years alongside the happy family. For instance, Counting On star Joy-Anna Duggar’s son turns 1 year old today, and thanks to Instagram, we can take a look back at all of little Gideon’s cutest moments over the last year.

Gideon’s arrival on Feb. 23, 2018 had a little bit of drama surrounding it. According to In Touch Weekly, Joy-Anna had to be rushed into the hospital when her home birth wasn’t working out; she was in labor about 20 hours when they discovered the baby was breech, as People reported. (This clip shared on TLC sums up the scary experience of trying to make it through the labor at home until the decision was made that the hospital would be the right choice.) Thankfully everything turned out OK and both Joy-Anna and Gideon were fine.

That day welcomed to the world little Gideon Martyn Forsyth, who, TBH, seems to be one of the happiest little babies around.

Joy-Anna and her husband Austin Forsyth shared the first photos of Gideon three days after he was born with a series on her Instagram account. (Scroll to the third picture to see the funniest face from the newborn who is obviously still trying to figure out this big new world.)

For each month of Gideon’s life, the couple began marking the time with a calendar blanket that counts up the first year. When Gideon turned 2 months old, he gave the camera a happy grin as if he knew what a big day this was for him.

When Gideon was just shy of 4 months old, Joy-Anna shared a snap of him with his Uncle Josiah and another baby named Duke. Fans were confused about who the new baby was (after all, there are a LOT of Duggar babies), but Austin jumped into the comments to explain. Duke is Lauren, Josiah Duggar’s wife’s baby brother. Regardless, it was an adorable moment for Gideon, who was laughing at something happening off-camera.

On Jim-Bob Duggar’s birthday on July 18, Joy-Anna posted a photo of her dad holding his 5-month-old grandson. Gideon wears the cutest little wondering expression with a furrowed brow and huge blue eyes. For his part, Jim-Bob looks thrilled to be spending time with the little one.

In October 2018, the couple uploaded a photo of Gideon to mark the changing seasons. The little one laughed at the camera in his usual happy fashion while posed with a pumpkin and fall colors. And those toes! Who could resist laughing along with him?

Laughing Along With Mama

Just before Christmas 2018, Joy-Anna made a GIF of Gideon, once again, showing off his happy and smiley nature. As she holds him on her lap, he laughs at the camera while she smiles with him. His eyes show off the fact that his joy is completely genuine, as the proud mom captioned the pic with a series of emojis expressing love and feeding, “💖👶🏼🍼😍😘☺️💖." Perhaps it was snack time that made Gideon so gleeful?

When Gideon was 11 months old, the couple shared a series of photos showing the little guy practicing the hard task of eating off a fork. As his mom held scrambled eggs for him Gideon eyed the offering, gave it his best shot, and missed the mark. But judging from his expression he sure was ready for that real food.

Just days before he turned 1 year old, Joy-Anna shared an adorable snapshot of Gideon hanging out with his cousin Felicity, whose mom is Joy-Anna's sister Jinger.

Happy Birthday to Gideon! Hopefully his parents will keep on sharing these adorable moments for years and years to come.