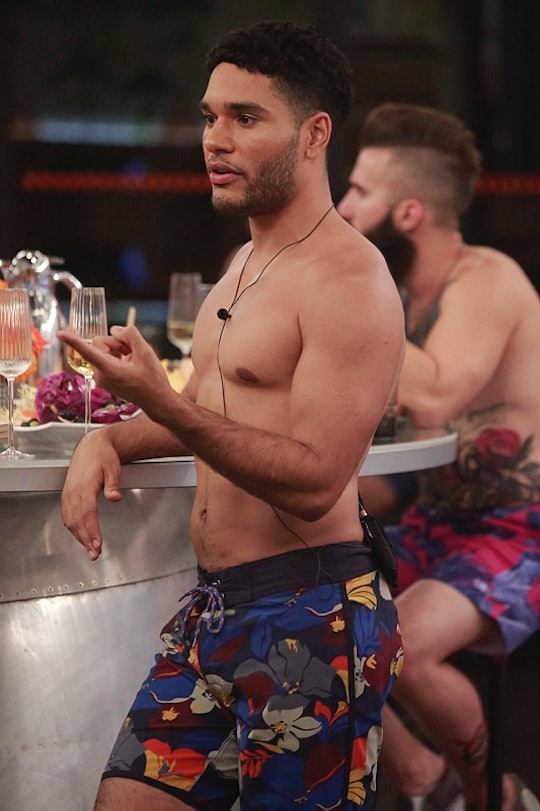 Jozea Is Evicted From 'Big Brother 18,' & The House Is Free Of Its Fearless Messiah

It's hard to believe that the house Messiah and leader will be leaving us so soon after the season started, but I think we can all agree on the fact that Jozea has been evicted from Big Brother 18 not a week too soon. From day one, the self-labeled Messiah was spouting out to anyone who would listen about how he was going to be the leader of the house and have everyone flock to him. And he came right out and said as much to the HOH herself, Nicole, when he basically told her he wouldn't ask her to keep him safe from the chopping block. And, we all saw how that turned out — Jozea became an easy target for the first elimination.

Nicole putting up Jozea for eviction came as no surprise really, since he was literally going around talking bad about her to every single person he came across. There's nothing wrong with having pride, but when you talk about the very person who could be the one to get you kicked out of the house, it's past the point of pride. It's just stupidity, ignorance, and too much confidence. Jozea might be gone from the Big Brother house, but he won't be soon forgotten.

Up for eviction with Jozea on Big Brother 18 were Paulie and Bridgette, neither of whom had done anything really awful to any of the houseguests yet. I mean, 10 or so days in the house, you shouldn't expect this much animosity already. Nicole said it herself when she was talking to Michelle about her first season on Big Brother and how, at this point, the entire house was still in relative harmony. Which, like I said, is what you should expect. But when you have houseguests like Paul, Bronte, and Jozea ready to talk behind almost everyone's back almost immediately, you're going to get an immediate division in the house.

Jozea's eviction from the Big Brother house was inevitable once his photo showed up in the nomination ceremony, but he sealed his fate himself by being "that guy" in the house who thought he was above all of the rules and customs of Big Brother competitions. No one wants to grovel at the feet of the HOH, but that's the freaking game. In the Big Brother house, there is little room for pride when you have someone who's not on your team and not in your alliance as the one with so much of the power.

He may have been convinced that he was the Messiah, meant to lead the Big Brother house and his fellow houseguests, but Jozea getting evicted Thursday night proved that he was just a false prophet.