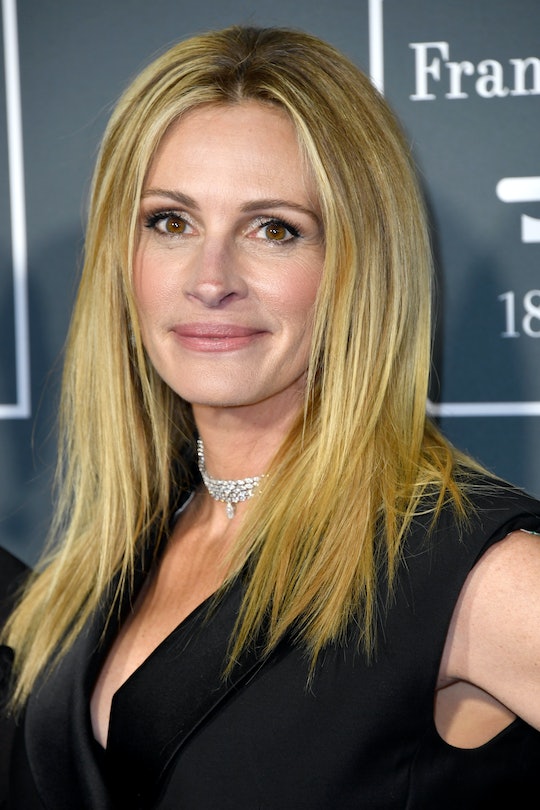 Julia Roberts Sounds Off On Parenting & The College Admissions Scandal

With the teen years upon me with my oldest kid, I can't stop pondering the college admissions scandal. Why would anyone encourage cheating? I'm not the only parent obsessed with the topic: Julia Roberts was an ocean away when asked about the scandal, but took the time to say her piece, and Roberts' thoughts on the college admissions scandal will have you nodding your head in agreement.

As People reported, Roberts, in London to promote her film Ben Is Back, took a moment to comment on the academic brouhaha.

The magazine noted that 50 individuals were named in an alleged conspiracy to cheat the system for their kids' entry into competitive colleges including Yale and the University of Southern California, which has infuriated hard-working parents and students nationwide.

Two of the most famous faces allegedly involved are Lori Loughlin and Felicity Huffman, who have both been beloved TV performers.

"[The scandal] is so sad because I feel, from [being] an outsider, that it says a little bit, 'I don’t have enough faith in you,'" Roberts told ITV before tying the thought back to her film project, in which her character's son comes home and secrets are revealed that require her character to go above and beyond, as per Rotten Tomatoes.

“I feel that in [Ben Is Back], this mother is trying to say, 'I have so much faith in you, I have both our faiths until you can find the faith in yourself again,'" the star added.

Besides other nauseating details in the FBI's case — the edited pictures of kids doing sports to obtain university entrance based on faked athletics; the swapping out of SAT proctors so someone else could take a kid's test, as Slate detailed — the thing that flummoxed me was what a parent resorting to such trickery is ultimately showing their child.

If you are OK paying someone else to take your kids' tests, you are saying that doing things the "right way" is for other people... because you and your family are better, or, at least, so the message of such actions reads to me.

Romper's request for comment from Huffman's rep was not immediately returned, and a rep for Loughlin told Romper, "I don’t have any information at this time."

But at least I can take heart that one celebrity has given her kids' privilege some solid thought, as far as balancing their upbringing with the routines of an everyday existence.

"We live a very normal experience with our children," Roberts said, per People, about life at home with husband Danny Moder and kids Hazel and Finn, 14, and Henry, 11.

In fact, Roberts and Moder, a cinematographer, enjoy such a low-key life, according to Hello! magazine, that it sometimes sparks split rumors, since they are aren't generally photographed out and about at Hollywood parties.

It's interesting to note that people who are ultra-famous (Roberts has an Oscar, a Golden Globe, and a BAFTA award among a ton of nominations, as the actress' IMDb page shows) can sound the most normal. "If I wasn't here today, I'd be in the carpool lane, ferrying my kids to school," the actress joked to Harper's Bazaar in 2017.

"Obviously, we have advantages that we didn’t have as children. But I think that that’s the unique part of it," Roberts added while discussing the scandal, per Good Morning America. "Coming from the kind of childhood that I had, I raise my kids now — I don't want them to have to have some of the struggles that I had, but at the same time, you do need to know how to make your bed, and how to do your laundry and be able to make one meal. These are important life skills."

Maybe this scandal will spark a backlash that will make raising your kids with some practical skills a bit trendier. It seems as though Roberts is already on that track.