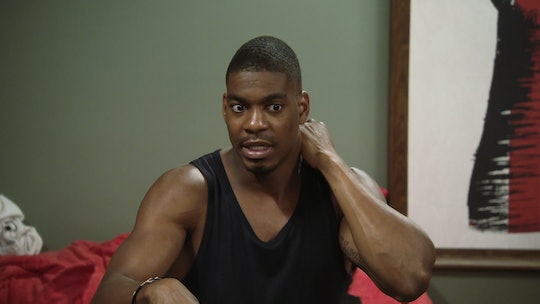 I Am Here For Another 'Challenge' Season Of Kam & Leroy's Drama

The more things change on The Challenge, the more they stay the same. At least, where Kam and Leroy are concerned. It feels like they have been going back and forth with their would-be relationship for the past few seasons and although they aren't together now, there’s really no end in sight to the will they/won’t they of it all. Chances are, Kam and Leroy’s past on The Challenge will be brought up again and there could still be some lingering feelings between them. When you’re thrown in a house and then on a team with your ex, things can get complicated. And if Kam and Leroy stick it out until the end of the season, they might end up back in each other’s beds.

Before that can happen, however, it’s important to know about their past. Because when it comes to The Challenge, if you aren't a rookie, then chances are, you have a past with someone, whether it’s good or bad. In Kam and Leroy’s case, it’s a little of both. They met on The Challenge: Vendettas and struck up a romance, but once the season ended, it became clear that they both wanted different things.

According to the pair last season on The Challenge, Kam wanted more out of their relationship, but Leroy wasn't ready at the time. Then MTV threw them together again on War of the Worlds and things got messier.

When War of the Worlds began, Kam and Leroy reunited onscreen and Leroy was suddenly all about continuing their former romance, possibly because Kam was feeling her partner at the time. Kam was super into her then-partner Theo and she even kissed him in front of Leroy, likely to make a point. And although they seemed like they might get back together during the season, Kam and Leroy seemed to be better off as friends.

Then, the War of the Worlds reunion rolled around and Kam and Leroy revealed that they had both met up in Las Vegas, where Leroy lives, after filming ended. Kam stayed with him for a little while and they were actively hooking up, but they weren't social media official. Then, according to Leroy, Kam was spending more time with other *friends* and he didn't like it.

Kam left his place and from there, they stayed away from each other. But The Challenge has a way of bringing old couples together to reignite old flames and make things more complicated than ever for unsuspecting competitors.

Earlier this season, Leroy made a comment about Kam speaking for the US team when no one asked for it. That could spell more drama for them, though I’m inclined to believe they have crossed into new territory since they are forced to be on the same team. I don't think anyone expects Kam and Leroy to find their way back to each other this season romantically, but there haven't been any bar fights yet, so there's that.

Maybe Kam just supports Leroy as a fellow competitor, especially since he's on her team and she's forced to. Or, Kam could support Leroy because there are still some lingering feelings there. On The Challenge, you never know for sure.

But the fact that Kam and Leroy have a long history on The Challenge means they stand a chance at not only working together, but growing closer yet again. There is still a lot of The Challenge: War of the Worlds 2 to get through before the final competition, so anything can happen between now and then.