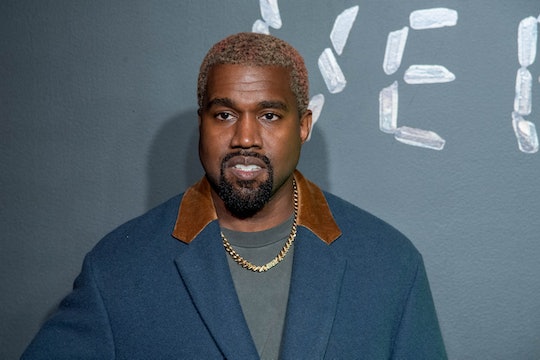 When Kanye West dropped his 2018 album Ye with the words "I hate being bi-polar. It’s awesome" on the cover, the most dedicated fans took that to be a direct reference to his then-recent bipolar diagnosis. Others might have simply seen it as another form of his famous artistic expression. But when Kanye West opened up about his bipolar diagnosis on My Next Guest Needs No Introduction, it was clear that he had used his 2018 album art to open up a dialogue about his diagnosis.

In the interview, he went into detail about his own experiences with being bipolar and how he rejected western medicine as a means to keep his bipolar disorder under control. While that is the treatment others who are living with bipolar disorder might prefer over trying to use natural medicines or treatments, West has been vocal about denying being medicated during his interview and well before.

"For him, being on medication is not really an option, because it just changes who he is," Kim Kardashian recently told Vogue. "Traveling a lot does set it off, so he doesn’t travel as much as he used to." She added that they "can definitely feel episodes coming" and know how to handle them together rather than with the interference of medication.

West reiterated as much in his interview on David Letterman’s Netflix show and went into great detail about what living with his bipolar diagnosis has been like for him specifically.

He described what an "episode" is like for him and that although it may be different for other people, it feels real to him every time. "When you’re in this state, you’re hyper-paranoid about everything," West said. "Everyone — this is my experience, other people have different experiences — everyone now is an actor. Everything’s a conspiracy. You feel the government is putting chips in your head. You feel you’re being recorded. You feel all these things."

He also described being medicated and handcuffed in a bed, isolated from his loved ones so that his bipolar disorder could get under control. Even though that could be part of what turned him off of medication altogether, he said that he is glad to have endured it himself. "That’s something that I am so happy that I experienced myself so I can start by changing that moment," he said.

According to the National Institute of Mental Health, there are four types of bipolar disorder and all four involve some kinds of drastic mood changes, from manic to depressive. Common treatments involve being seen by a healthcare professional to rule out other possible mental health disorders and then following up with a psychiatrist to get an official diagnosis.

West opened up about his bipolar diagnosis for the first time in 2018 and has since remained quite candid about his experience living with the disorder and how it has impacted his life. In his interview with Letterman, he said that you can have moments where you feel like everyone is out to get you or kill you and that no one is working with you, but against you. His own experiences with bipolar disorder may differ from others’, but the fact that he is being so open about it shows how important of a cause it has become to the singer.

"It’s a health issue that has a strong stigma on it and people are allowed to say anything about it and discriminate in any way," West said in the interview. "This is like a sprained brain, like having a sprained ankle. And if someone has a sprained ankle, you’re not going to push on him more."

West’s goal in talking openly about his diagnosis has been to erase the reproach that sometimes surrounds mental health disorders. He explained on My Next Guest Needs No Introduction that while different people with bipolar diagnoses have different experiences, he seeks to keep the conversation flowing to help other people better understand what they are going through. With his album Ye and with his most recent interview, West has continued to do just that.