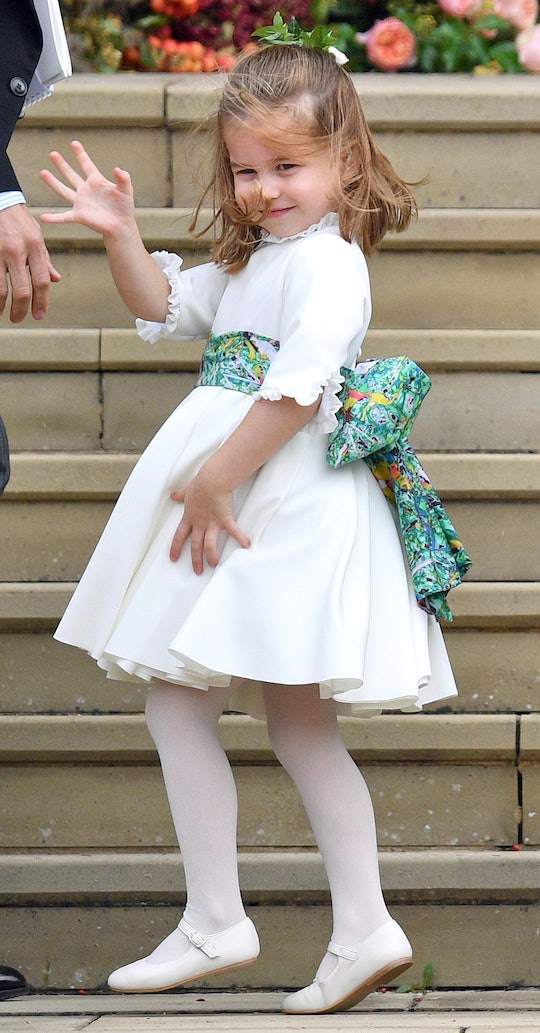 Kate Middleton and her husband Prince William seem to be all about raising their children as individuals. Every time the couple mentions their three kids — Prince George, Princess Charlotte, and Prince Louis — they reveal a new little facet of their personalities and hobbies. One of their children in particular seems to have a whole lot of personality and is happy to share it. Indeed, Middleton recently shared that Princess Charlotte "loves performing" and is into musical theater, and this probably comes as a surprise to no one.

The Duke and Duchess of Cambridge visited the Royal Variety Performance in the West End theater district of London, England on Monday night. While there, Middleton had a conversation with actress Nuala Peberby that turned to talk of her children. As Peberby told Hello! Magazine, Middleton opened up about her daughter Princess Charlotte's interest in musical theater.

"[Kate] said that her children love performing at home, particularly Charlotte," Peberby told Hello! Magazine. "She told us how lucky we were to be on stage in the West End and asked how we managed to do it with all our schoolwork."

Middleton reportedly went on to explain to fellow theatergoers that both of her older children loved the idea of their parents spending a night watching people sing and dance for charity, according to ELLE, but their excitement soon cooled when she said they weren't able to come along because it was a school night. I hope Princess Charlotte voiced her disappointment via a moving soliloquy or interpretive dance number.

It's possible that both of Princess Charlotte's parents are fostering a love of musical theater in their children. Prince William reportedly noted that he loved the West End play Mary Poppins when speaking to the cast on Tuesday night, according to The Daily Mirror, which has me hoping he sings some of the songs in private with his own kids. As for Middleton, she took a vaguely more proactive approach over the Christmas holidays in 2018. She and Princess Charlotte reportedly took in a performance of The Nutcracker ballet at the Royal Opera House before it was released to the public last December, according to Town & Country.

Around that same time Harper's Bazaar reported that Princess Charlotte and her older brother Prince George were both taking ballet lessons. It seems both Middleton and Prince William are encouraging a solid interest in the performing arts in their children. Which could be a little unfortunate, in a way, because how are Prince George and Princess Charlotte expected to rebel through drama and music if their parents are all for it? I kid, of course.