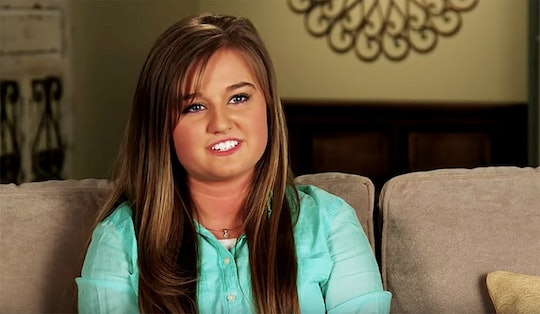 Counting On star Kendra Duggar gave birth to her first son, Garrett Duggar, in June 2018. Now that Garrett is almost a year old, Kendra Duggar pregnancy rumors are picking up steam once again. As for what has fans talking? It all comes down to a "clue" viewers think they've found on Kendra's supposed Pinterest page.

It might seem like the Duggar women face pregnancy rumors every few weeks, which isn't too far off from the truth. And fans were recently reminded that speculating about baby news can be harmful, a sentiment Lauren Duggar pointed out after she shared she suffered a miscarriage.

"At first, we kind of wanted to just stay quiet about the news, but knew that since everyone is anticipating for us to announce that were having a baby, we felt like it was time that we told everyone that our first and only baby is in heaven," Lauren wrote on Instagram in February.

Lauren hit on an important point, which is that some fans are always "anticipating" a baby announcement from the Duggars. Although it's true that the Duggar women have welcomed many babies lately, sometimes the speculation is a bit overboard. But nonetheless, people continue to seek out clues to prove that a Duggar is expecting.

This time the subject of the rumors is Kendra, who just gave birth to Garrett on June 8, 2018.

The theory rests on Kendra's supposed Pinterest account, for which some fans think she created a "Baby Announcement" idea board. Interestingly enough, the pins and boards have since been deleted. It's possible that once Kendra noticed the attention her pins received, she wiped the account clean to keep her possible news on the DL.

On the other hand, it's possible the board wasn't created for her.

Another person gave a tip to Kendra for future reference, stating: "I wonder if she knows she can make hidden Pinterest boards lol... Not that it's any surprise that they will announce another baby at some point lol."

"I mean realistically speaking it could be for any time," someone else said. "It’s not like she and Joe are a one and done couple."

Although it's not yet apparent whether Kendra is expecting another baby with her husband, Joseph Duggar, the couple did recently admit that they want to "announce baby number two soon." The pair made the admission during Monday's season finale of Counting On, which lends itself to the Kendra is pregnant theory.

It's also important to note that Kendra has touched on having more kids before. “We would love to have more kids if the Lord blesses us,” she told Us Weekly in March 2018. “As many as He wants to give us, we’ll be happy to take them.”

Whenever Kendra becomes pregnant with another, she can count on Joseph to support her in every way possible. “Joe has definitely been super attentive to my needs,” she said about Joseph during her first pregnancy. “He knows exactly when I’m not feeling well and will be right there like, ‘What can I get you?’ or ‘What do you need?’”

Well, it looks like all fans can do at this point is to wait and see how things turn out. You never know what could happen.