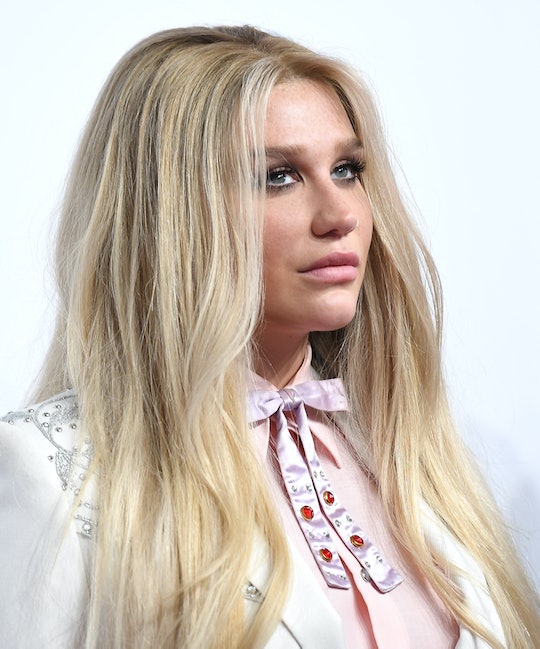 What Kesha Has To Say About Dr. Luke

After a protracted legal battle with her record label stemming from allegations of sexual, physical, and mental abuse Kesha levied against her onetime producer, the singer-songwriter is finally back to making music. But that's doesn't mean the effects of her emotionally taxing ordeal don't still linger in a big way, casting a pall over both her personal and professional lives. In a new interview with Noisey, the pop singer best known for party anthems like "TiK ToK" and "Your Love Is My Drug" revealed that being barred from making music outside of her label while the ultimately unsuccessful lawsuit circulated the court system was "pretty devastating." To hear Kesha speak about the Dr. Luke lawsuit is at once heartbreaking and inspiring, because she displayed remarkable resilience and is now back to doing what she loves: entertainment.

Lukasz Gottwald, who is known professionally as Dr. Luke, has consistently and vehemently denied assaulting Kesha during their 10 years working together, and even filed a countersuit for defamation. Still, the 29-year-old cried when the host of Vice's music documentary series, Zach Goldbaum, asked her about how she's been coping since her lawsuit to be released from her contract with Sony was denied in February.

"When you work really hard at something, then to have it taken away from you is pretty devastating," she answered during the interview, recorded in her hometown of Nashville. "I worked my ass off for a lot of years to be able to do it."

Although she was still contractually bound to Sony and Dr. Luke in April of last year, Kesha released her first single since her career entered into a debilitating legal limbo in 2013. At the time, she tweeted that "True Colors" was "a declaration of my truth." It features emotional lyrics like "A promise with a lie is broken by design/And what I thought I knew has been swallowed by the truth/It's time to light the flame, right before it rains/I'm not afraid, I'm not," so it's easy to see why.

When she dropped a separate sexual assault suit against Dr. Luke in August, attorney Daniel Petrocelli explained that she was doing so in the hopes that she could continue making music despite having previously lost her bid to be released from her contract. "Kesha is focused on getting back to work and has delivered 28 new songs to the record label," she said in a statement at the time, according to Us Weekly. "We have conveyed to Sony Music and the label Kesha’s strong desire to release the single and an album as soon as possible."

And although video restrictions that her management has placed on her means that the public has not seen her perform much recently, Kesha is getting back into the groove of what she does best. The final image of the Noisey documentary clip, for example, is of her walking onto the stage at Nashville's historic Ryman auditorium to sing a Bob Dylan birthday tribute.

As she says during the interview, the pop star is experimenting with country. Considering her ordeal so far, it's safe to say she has the will and the mental toughness to make that jump.