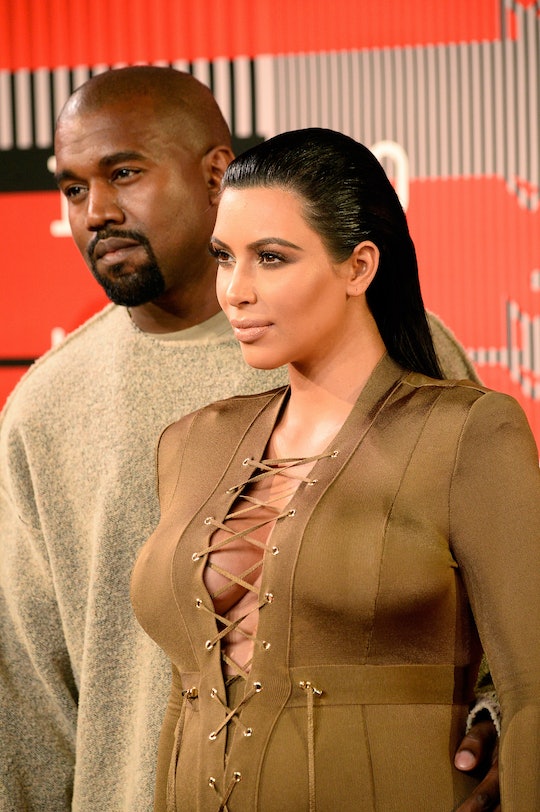 Baby West has arrived, and there are already some amazing Kimye baby memes to honor the occasion. According to Kim’s website and Twitter account, the second Kardashian-West baby was born Dec. 8 and the baby boy is already breaking the Internet with people's demand for more info. Mainly, we want pictures — lots of pictures of KimYe's baby. And a name. It’s a straight toss up whether the couple should go with another direction or just name him something less joke-worthy. Either way, the masses are waiting, KimYe, so hurry up.

More Like This
Make All The Instagram Memes You Want, But Motherhood Will Not Be Optimized
20 Candid Photos Of Queen Elizabeth With U.S. Presidents Over The Years
20 Great Movies About Fathers & Sons That Will Make You Laugh & Cry
25 Great Kids’ Shows To Stream On Paramount+

Kim was scheduled to deliver on Christmas Day, even after a procedure to turn the baby out of breech last weekend. But due to her medical history and complications she suffered with North, there's a possibility she wanted to get Baby West out earlier. Now that we know both baby and mom are safe and healthy, can we admit that nothing can compare to our anxiety wondering about what this kid looks like and what we will call him. While you wait, let these many Lion King and Yeezus memes soothe your stress.