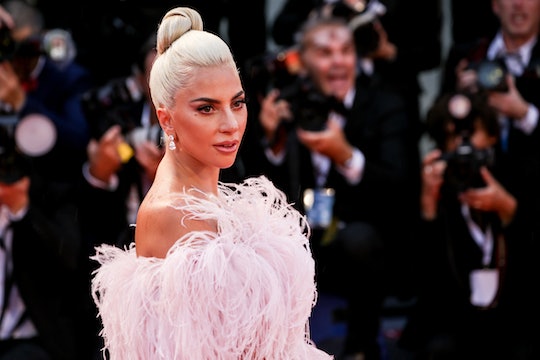 In a new interview with InStyle magazine, Lady Gaga revealed that having kids one day is not far from her mind. In fact, the singer, who is currently in a relationship with her boyfriend, entrepreneur Michael Polansky, gushed about the idea of adding some little monsters to her brood.

While the 34-year-old singer has referred to herself as "mother monster" for her fans and has responded to pregnancy rumors beautifully in the past, Lady Gaga opened up to InStyle about becoming a mom one day.

"I will say I am very excited to have kids. I look forward to being a mom," the 34-year-old singer told InStyle in an interview published today, April 8. "Isn't incredible what we can do? We can hold a human inside and grow it. Then it comes out, and it's our job to keep it alive. It's so funny — everyone works out of my house every day. When they come in, I always say, 'Welcome to the womb!'"

This isn't the first time that Gaga has talked about her desire to have kids. In a July 2019 interview with Allure, for instance, the A Star Is Born actress said that she cannot wait to a have a special connection with her future children — just like she did with her own mom. "I really hope that when I have maybe a little girl one day, or a little boy, and they see Mommy put her makeup on, that they have the same experience that I did," she told the magazine last year. "That's the greatest gift of all, when you can connect with your parents."

While any pregnancy or baby news from Gaga will surely be announced in a grand way whenever that may happen in the future for her, we can all look forward to her sixth album, Chromatica, which is set to be released later this year.