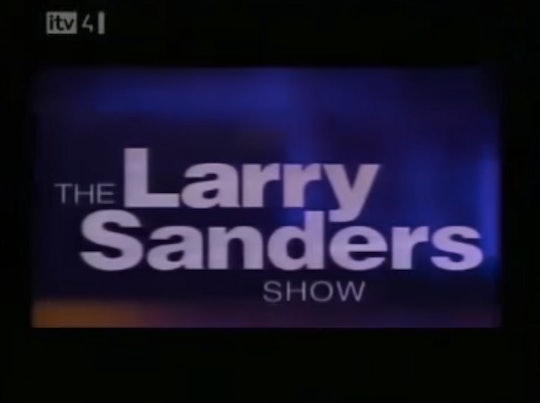 According to Entertainment Weekly, Shandling started his career writing for Sanford & Son and Welcome Back Kotter. He got into standup, and his first sitcom was It’s Garry Shandling’s Show on Showtime. Shandling played himself as a sitcom character who knew he was a sitcom character and talked to the audience about it. The show ran from 1986 to 1990. But it was The Larry Sanders Show that marked Shandling's biggest contribution to comedy, influencing later comedian-driven sitcoms like 30 Rock, Curb Your Enthusiasm, and Parks and Recreation, according to EW and The Christian Science Monitor.

Every Shandling fan probably has a favorite Shandling moment from The Larry Sanders Show, but here are a few that demonstrated the full range of his talent and undoubtedly cemented his legacy years before he died.

Where it all started.

When He Interviewed Robin Williams

Now that they're both gone, this clip has become especially poignant — and their incredible gifts are so, so clear.

When David Duchovny Tried To Seduce Him

Is this beautiful, or what?

According to The AV Club, "The Party" is one of The Larry Sanders Show's best-known and most appreciated episodes. It gave viewers a glimpse into all of the show's relationships, including Larry's failing marriage and Art's relationship with alcohol.

As The AV Club notes, this episode proved the show wasn't just great writing. It, and Shandling specifically, was masterful at physical comedy.

When it comes to TV comedy, Shandling was the full package: an adept performer and as well as a great writer and creator. He'll be missed, even as his contributions to his field endure.