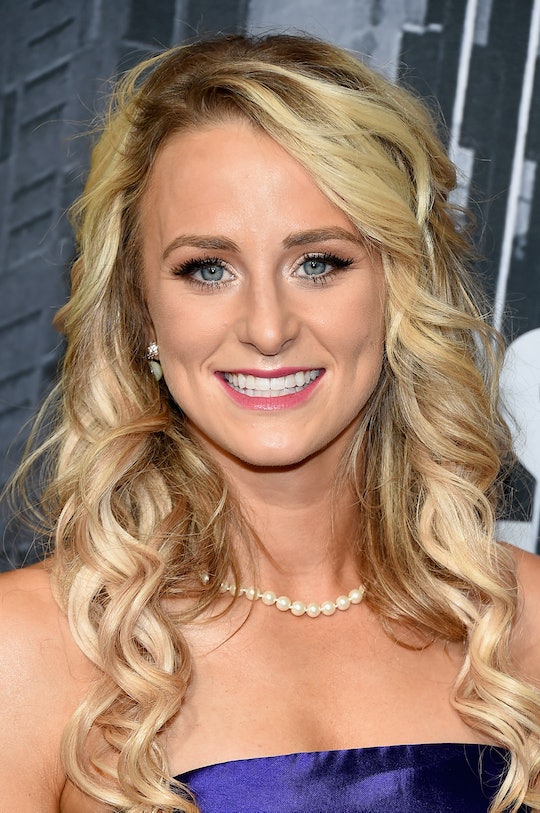 A Teen Mom star is facing every mom's nightmare right now. The Leah Messer's daughter was admitted to the hospital, prompting Messer to ask for "prayers" from fans. Adalynn Faith, 6, was hospitalized for an infection, Hollywood Life reported, but her spirits were high even in the emergency room.

Messer, 26, revealed the sad news on Thursday, sharing an Instagram photo of Addie (as she calls her) in a hospital bed. The reality TV star said that despite being sick, "she was making everyone laugh in the ER," adding, "WHAT. A. DAY." Messer also asked that fans "keep her girl" in their prayers. Hours before she posted the photo, according to Hollywood Life, Messer posted an Instagram story in which she expressed concern about her daughter's condition.

"Underneath her ear's swollen, like all of this right here," she said in the video, per the outlet's reporting. "It hurts her."

A rep for Messer shared more details about Addie's ailment with People, telling the outlet she had been "suffering from an infection." (It's not clear, from the magazine's reporting, what sort of infection she was battling.) Messer's rep told People Addie is "continuing to improve" after being properly treated.

Jeremy Calvert, Addie's father and Messer's ex-husband, was also at the hospital, according to a post on his Instagram. He shared a photo of himself cuddling with Addie in the hospital, revealing that he'd been there with her "all day." Calvert said in his Instagram caption he was hopeful "my baby girl starts feeling better."

As if Addie's hospitalization wasn't enough drama for Messer to deal with in the span of a week, the incident occurred one day after reports surfaced that she and boyfriend Jason Jordan broke up again. The Ashley's Reality Roundup was the first to report on the split, which is said to have happened two weeks prior to news breaking. Messer hasn't confirmed the breakup with her 40-year-old boyfriend, but did post a cryptic story on her Instagram that read, "When someone shows your who they are believe them. Facts."

In October 2018, Us Weekly reported that the MTV star and her beau broke up the first time, after dating for about six months. Messer confirmed the news to the outlet, admitting that "It just wasn't working." A source told Us at the time, "They're just not a good fit." Though they eventually got back together, Messer told Hollywood Life in a separate interview that the split had everything to do with Jordan's personal issues.

"He wasn't in a great place in his life, and it is what it is...It's fine," she told the gossip site at the time.

Messer's relationship with Jordan is currently playing out on the new season of Teen Mom 2. She has been seen spending time with Jordan and her children, and introducing him to her ex-husband, Corey Simms, with whom she shares daughter Aleeah Grace and Aliannah Hope, 9.

Whatever happens, one thing is for sure: The former 16 & Pregnant star has bigger fish to fry than breakup drama, at the moment. She remains focused on Addie's health, as any mom would. Here's hoping Messer's daughter continues to feel better.