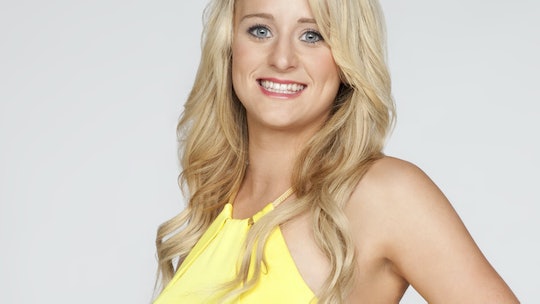 In the Season 9 premiere of Teen Mom 2, Leah Messer introduced fans to her new boyfriend, Jason Jordan. Since his first appearance on the MTV reality series, fans have been digging into every inch of Leah's personal life for any information about their relationship, including whatever evidence Leah has posted on her social media accounts. So, what is Leah's Instagram handle?

When viewers first met Leah at the start of Teen Mom 2, she was simply the mother to twins Aliannah and Aleeah and the partner to now ex-husband, Corey Simms. Leah then married Jeremy Calvert in 2012 and together, they had a daughter named Adalynn Faith. Leah and Jeremy separated in 2015, but Leah later found Jason through a mutual friend in 2018.

Since meeting, it seems like these two have been falling head over heels for each other, despite the 13-year age gap. Over the last few months, Leah has made an effort to explain to fans that it is Jason's maturity and age that makes their relationship work. In the trailer for Teen Mom 2 Season 9, Leah revealed to a friend that dating someone her age was difficult, as potentials often didn't understand her lifestyle as a single mother of three kids. "They don't want any part of that," Leah explained.

Meanwhile, the couple shares plenty of family-oriented values that fans can clearly get a sense of on Leah's Instagram account. “Even though he’s older, they have a lot in common,” Us Weekly reported in Oct. 2018. “They share the same faith and have gone to church together. They love hiking, cooking and are both very family oriented. He’s very attentive.”

As it turns out, Jason's Instagram is set to private, which means you won't get to see what he shares on his personal social media account. But, don't worry — it's still relatively easy to find Leah's Instagram account. A quick Google search shows that you can follow Leah at @leahdawn92mtv on Instagram, and you'll find plenty of adorable photos of Leah's kids, her dog, and her new beau.

Leah has been posting a lot of pictures with Jason, and fans are certainly feeling the love. The couple spent Christmas and New Year's together and, more recently, Leah did a podcast featuring her new boyfriend, and the two spent a romantic getaway in Gatlinburg, Tennessee for Valentine's Day.

"Everything about this weekend was amazing with you! It was so needed. I’m so glad you are my valentine every single day! ♥️♥️ I love you so much!!♥️♥️," the MTV star wrote on Instagram.

Leah has come a long way since her start on Teen Mom 2. As a mother of three and a star of a popular MTV series, Leah has plenty on her plate, but she still seems like the same woman fans met in 2011, which she carries well on the show and on her Instagram account. Now, from the looks of the photos she uploads on social media, Leah is happier than ever — and a new beau to share her life with.