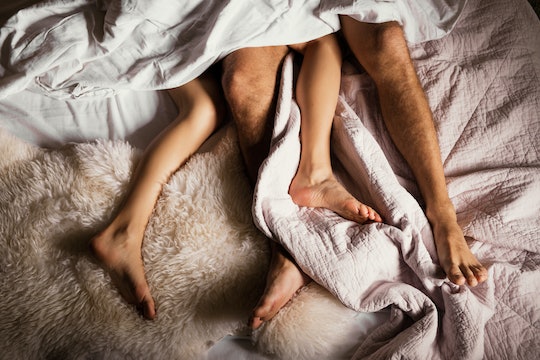 I love sex as much as the next person, but I was turned off at even the idea of getting it on when I was postpartum and breastfeeding. Between trying to recover from childbirth to having a tiny human attached to me all day to all the fluids I was leaking, I never felt a strong desire to get busy. But when I did, and after it was medically safe to do so, I threw what was left of my inhibitions to the wind. So, no, I don't care if I leak breast milk during sex, and for a few valid reasons I think are worth discussing openly, honestly, and without shame.

Sure, at first it was a little off putting... until I remembered that I had been leaking fluids at some time or another for a solid couple of months so, by then, "leaking" was considered my default status. Whether it was during pregnancy, when I would pee every time I threw up, or during birth and after my water broke, or postpartum wen I continuously bled for what seemed like a lifetime, my body secreting something or another was just, you know, normal. I'm an adult, I can handle normal.