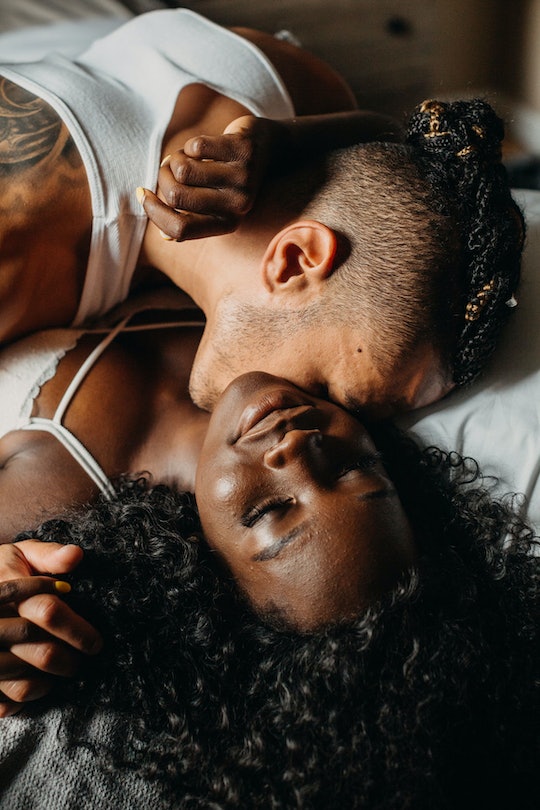 When I think back to the sex education I received through my teens, be it from academics, peers, or family, there are two distinct takeaways that were ingrained in my young mind. Firstly, sex was a man's domain. It was an act that only men were interested in; an act that only men could enjoy; and an act that, by default, women in heterosexual relationships simply "put up with," either to please their men or for the sake of having babies. Female orgasms were definitely a myth. Which leads to takeaway number two: The critical point of sex is reproduction. If you don't want a baby, you shouldn't be participating. If you aren't in a committed relationship (read: married), you definitely shouldn't be participating. (Thank you, traditional Catholicism and a conservative public school board.)

Looking back at these so-called lessons in love, there is some slight truth to them, sort of. Many of the older, and in theory wiser, women I knew as a child and teen never talked about sex. If they did, they referenced it in tones of distinct apathy, discontent, or sometimes even disgust. They genuinely didn't seem to enjoy sex at all — sometimes because they were so entrapped by the idea of fornication as "dirty" or "sinful." Other times, it was because they just didn't come. Like, never. Like, either alone or with their male partners.

Despite the misinformation out there regarding the myth of the female orgasm, though, this distinct difference in orgasm frequency isn't down to biological causes. Women are, in fact, usually capable of coming. If we aren't doing so, however, I might suggest we take active steps to remedy that. Our shame, or silence, or reservations regarding sex (while all very common) aren't necessary, and they do not need to continue to be normalized. Valentine's Day is only around the corner, after all, so what better time to prioritize getting off?

Mintz told Suzannah Weiss at The Establishment that the 20-minute figure may decrease in long-term relationships where the woman's body is understood, and the dynamic between partners has had time to develop and flourish. Weiss also noted that the orgasm gap isn't a problem in lesbian relationships at all. Statistically speaking, women give women more orgasms that straight, cis men might.

Dissatisfaction in sex can be a difficulty in any relationship, though, regardless of gender identity and sexuality. When we are talking about dissatisfied women in particular, it's not difficult to see why so many of us are ashamed, or simply unable, to vocalize our desires and preferences.

This stuff is hundreds of years in the making. It's the stuff I was fed in early sex ed. It's the stuff my mom and her mom and her mom's mom had handed to them generation after generation like a family heirloom. Sex is a private, intimate matter, we are told. It's a man's territory, we are told. It's a dirty thing that women have to suffer through, we are told. It is most certainly not a thing we should do to, or with, ourselves (female masturbation is gross, right?). And hell, if you're a woman and you actually do enjoy f*cking (other people or yourself), there is something fundamentally uncouth to your entire being. So they say, and have said, and will probably continue to say, for a long ass time.

Writer and editor Amy Rose Spiegel put things into perspective in a Guardian interview about her 2016 release Action: A Book About Sex. Although Action relies heavily on personal experience, it is also an immensely helpful resource tackling consent, pleasure, experimentation, and all other manner of sex education we don't typically find in classrooms. It is a useful guide not only for teenagers, but for anyone hoping to have better sex all around.

Spiegel told The Guardian of her initial feelings regarding writing this book, explaining, "My fear was of the stigma of being a woman who talks openly about sex and is seen as brazen or in some way unseemly, which is a form of oppression, because it disallows you from owning something that is, in a lot of people’s cases, a huge part of your life."

If Valentine's Day is a day about love, and subsequently about sex, then it can perhaps be a day for contemplation.

Many women are undoubtedly petrified of thinking about sex, talking about sex, wanting sex, leading the way in sex, being demanding in sex, or simply having the sex they want to have. Even when we are in loving, compassionate relationships, it can be immensely difficult to separate the things we want from the things we think we should want, or the things we think we should be doing regardless of what we want. So many of us are told that there is more value in prioritizing our parters than in prioritizing ourselves. In practice, one-sided sex, where only one person's body and wants are being considered, doesn't usually make the overall experience nearly as pleasant as everyone crossing the finishing line.

The thing about Valentine's Day (even if you're of the "this is a ridiculous, capitalistic, greeting-card holiday designed to take our money and brainwash us all with ideals of fairytale romance" camp) is that it is, at its essence, a day rooted in love. In the realm of romantic love, there is almost always sex. Sex is an intrinsic component of human life for so many of us. It isn't just about reproduction, although that is for sure a miraculous thing that can come of it. It's also about connectivity, about touch, about intimacy, about friendship, about pleasure, joy, fulfillment, expression, and so much more. It is a biological need that is arguably as essential as hydration or exposure to sunlight.

And it should be OK to talk about it as such. It should be OK to frame sex as something positive. As something with the potential to be beautiful and good when everyone's needs are taken care of. If Valentine's Day is a day about love, and subsequently about sex, then it can perhaps be a day for contemplation, open discussion, and really good orgasms.

Honestly, I'd argue that after centuries of female orgasms being mythologized, dissected, trivialized, and forsaken, it's actually time to tip the scales a bit. If you have found yourself prioritizing the needs of others above your own, use this day to let others love you just a little bit more. Use this day to love yourself a little bit more (why not spend some intimate time with me, myself, and I?). Just use the day as an excuse to start thinking seriously about what turns you on and what gets you off. Use the day to remember that you are worthy of all manner of satisfaction.

More Like This
11 Signs You're Sexually Attracted To Someone, But Not In Love With Them
Spain Could Offer Up To 5 Days Of Menstrual Leave A Month & It'd Be A Game Changer
When Is National Brother's Day?
43 Instagram Captions For National Brother’s Day That Say It All