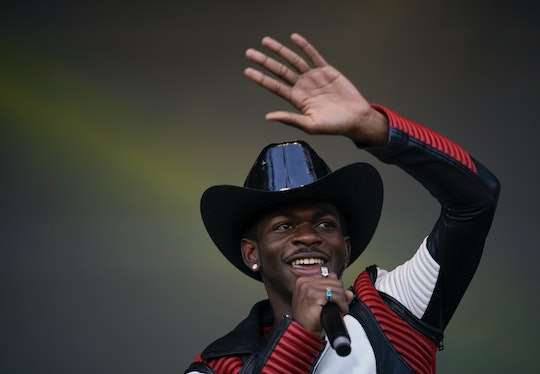 Parents, if you're looking to jazz up your little one's reading materials to learn their ABCs with a taste of country, you'll be thrilled to know that "Old Town Road" rapper Lil Nas X has written a children's book called C Is For Country due out early next year.

C Is For Country, written for readers between the ages of 3 to 7, teaches little ones the ABCs with Lil Nas X's fun and unique style and illustrations from Theodore Taylor III. In the book, the rapper, whose real name is Montero Lamar Hill, goes on a journey through the countryside with his pony, Panini, where they help readers learn the alphabet with a bit of country twang.

"I'm dropping the best kids book of all time soon!," the rapper announced in an Instagram post. "I can't wait to share it with you all."

If "A is for Adventure" and "B is for Boots," then it's probably safe to assume that "O" is going to be for "Old Town Road," Lil Nas X's song from 2019 that was a massive hit with young kids and earned the singer two Grammy Awards. Heck, it was even known to soothe crying babies.

Lil Nas X's fans are pumped for the book to be released, even those who don't have kids. "I'm gonna have kids just so I can read them this," one Twitter user wrote. "Suddenly I'm a kid again," another fan commented.

You can pre-order C Is For Country right now on Amazon or on Indie Bound for $18.99. The book will officially be in bookstores and be delivered to homes on Jan. 5, 2021.