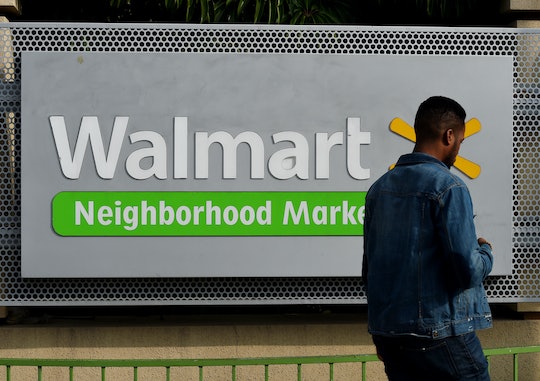 Listeria Recall Includes These Stores, So Be Vigilant On Your Next Shopping Trip

The ongoing listeria outbreak and subsequent massive, nationwide product recall has people in all 50 states, and even parts of Canada, thinking twice about where their frozen fruits and veggies (and, with the recent expansion, some nut products) come from. Luckily, coordinated efforts among various companies selling these products and organizations like the Food and Drug Administration seem to have brought the outbreak under control. But it's still worth knowing which stores issued listeria recalls, in order to be extra-vigilant on your next shopping trip.

Since news broke that eight people had been hospitalized because of listeria infections associated with consuming frozen foods packaged at a CRF Frozen Foods facility in Washington state, many are digging through their freezers and tossing those veggie medleys, edamame, or lima beans instead of serving them up for dinner. That makes sense, because cases of listeriosis could be deadly and cause miscarriages.

More than 380 frozen fruit and vegetable products sold under 42 brand names have been removed from shelves, and consumers are urged to toss certain products or return them to the stores for a refund. Earlier reports indicated that popular stores such as Trader Joe's, Safeway, Wal-Mart, and Costco had pulled products from their shelves, and they aren't the only ones.

The now-recalled veggies were manufactured or processed at the Pasco, Washington CRF Foods facility since May 1, 2014, and have "best by" or "sell by" dates between April 26, 2016 and April 26, 2018, according to a statement from the company. The recall started in late April, and it was expanded dramatically in early May.

On Tuesday, Kroger announced its fourth listeria-related recall of the month. This time, it's the store's Simple Truth Organic Mixed Vegetables, which follows recalls on certain frozen vegetables, sunflower seed products, and the broccoli-raisin salad. In addition, Wal-Mart, Meijer, and SpartanNash complied with a voluntary recall of more than 100 snack products by an Illinois-based supplier that said the foods could contain listeria-tainted sunflower seeds. Publix has also recalled a cranberry nut mix, showing that the original frozen veggie scare has prompted listeria concerns for other types of products as well.

Anyone worried that they may have purchased potentially listeria-laden products should review the UPC codes on this handy list from the FDA. There are also full lists for the listeria-related walnut recall and sunflower seed recall.

According to the Centers for Disease Control, listeriosis symptoms include "headache, stiff neck, confusion, loss of balance, and convulsions in addition to fever and muscle aches." The situation can be more severe for more vulnerable people like the elderly and pregnant women, so it's important to seek medical treatment if you or a loved one develops symptoms (and they may not show up for two months, so keep a lookout!).

It seems like suppliers and stores are taking the initiative to keep their customers safe, but it certainly won't hurt to use caution while shopping at affected stores. Maybe it's even time to switch to fresh veggies.