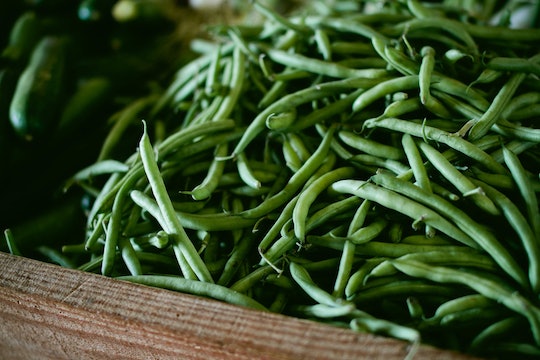 Should You Throw Away Recalled Costco Veggies Or Return Them To The Store? It's On You

A major recall of store-bought foods is never fun to deal with. As you comb through your freezer checking UPC codes on bags of veggies or tuna or whatever it was this time around, it's totally fair to wonder if you should throw away recalled Costco veggies or return them to the store. The answer to that question? It's entirely up to you and your personality type.

Technically, the recall was issued by CRF foods, which distributes products to Costco. Many of the recently recalled frozen veggies were been bagged and distributed under brand names like Wellsley Farms Organic, True Goodness by Meijer, or Organic by Nature. Trader Joe's also joined the list of companies affected by the contaminated CRF Frozen Foods. (Is nothing sacred?)

"All affected products have the best by dates or sell by dates between April 26, 2016 and April 26, 2018," CRF wrote in a statement this week. "These include approximately 358 consumer products sold under 42 separate brands.... Consumers who purchased these products may return them to the store where they were purchased for a refund, or simply discard them."

So there you have it. Even CRF says it's okay to throw out those spoiled veggies and fruits (which were recently included in the recall as well — seriously, is nothing sacred?). Or return them and get your money back. Either one is totally fine.

Personally I'm in the former group, although I still feel weird throwing out food, even food that might be laced with listeria — it just always feels wrong. (I blame parochial school.)

If you're prepared to stand in line and have the patience of John Kasich, go right ahead and return those bags of frozen veggies and get a credit for them. Buy some ice cream or cheese dip or whatever you're into with the few bucks you're owed for being a good citizen. It's your right. Because it's totally unfair you had to even think about it in the first place.

As a side note: Is it just me or are the kinds of food products that are recalled always the ones aimed at time deprived and hungry consumers? Nothing makes me feel like an effective budgeter or busy home cook than tossing some frozen peas into a quick week-night pasta dinner. Ta-da! I secretly cheer. Now it's not just parmesan and butter. It's fettucine alfredo with peas.

Conversely, if you decide to just throw those bags of frozen fruits and veggies in the trash, don't feel bad. There are a lot of problems in this world, and you probably don't have time to waste standing in line forever.

There's not a lot to be done on a consumer level, in terms of recalls. For now, at least you can exercise your right to choose whether to trash or ask for a refund. Thank god for that.