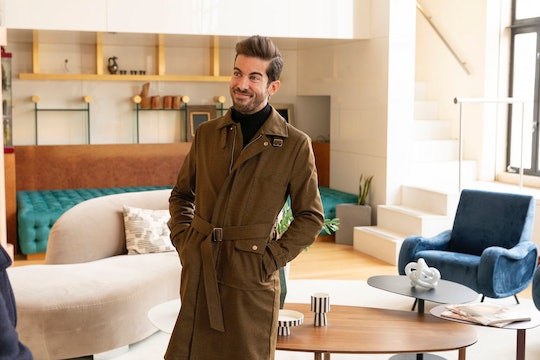 When Luis Ortiz left Million Dollar Listing New York at the end of Season 5, it sent shock waves through the show and its fanbase. Fans were surprised by his sudden turn of interest in real estate and his co-stars were confused and disappointed to see him go. Now, three seasons later, he’s back and ready to be in the spotlight once again. And Luis Ortiz’s Instagram shows the private life of the Million Dollar Listing New York star.

Although his Instagram isn't private and he has almost 540,000 followers, there are no posts to give fans a closer look at what he has been up to since he left the show. There is a series of Instagram stories showing Luis skateboarding and living his best life from over a year ago, but there aren't any pictures or videos otherwise. One of the highlights of Season 8 is already Luis' return to the show, so naturally, fans who missed him are curious about where the realtor has been.

Unfortunately for fans, in keeping himself out from in front of the camera over the past few years, Luis has also kept himself busy away from social media. Maybe now that he’s back on the show, he will share more with his followers, but right now, Luis’ Instagram outside of Million Dollar Listing New York is a testament to the privacy he craved when he left the show in Season 5.

Luis was a crucial part of the main cast of realtors from Season 2 through 5 and he proved himself able to make deals and sales with the best of them. So much so that when he decided to leave the business and leave the show at the end of Season 5, his co-stars were dumbfounded by the sudden change in career goals.

Afterward, Luis spoke with The Daily Dish about his decision and said his fellow stars, Fredrik Eklund and Ryan Serhant, who were both with the show since its inaugural season, had a hard time accepting that he had decided to move on. "I think they're not happy about it because I think we, as a trio, make such a good cast and I think the show is so successful because of the three of us together," he said at the time. "I think they're bummed, but they're happy for me. Both of them are always going to have a special place in my heart.”

When he initially left the show, Luis had planned to go back into film making, as he had done before he found himself fully entrenched in the New York City real estate world. In 2007, long before Million Dollar Listing New York City came into his life, he wrote and directed the short film Amalia and, he told The Daily Dish, he planned to go back into film making from behind the camera. It would be a big change from co-starring in a Bravo reality series, but he was up for the challenge. He also wanted to take a break from work altogether and travel through Europe to get away from everything.

Although fans haven’t been able to track Luis on his life post-Million Dollar Listing New York City via Instagram, his plan seemed to be to zen out and get away from the hustle and bustle of his career. While it’s unclear if he was able to explore the world of film and television away from reality TV and real estate in his time off, judging by the Season 8 trailer, Luis seems to be ready to throw himself back into his original work.