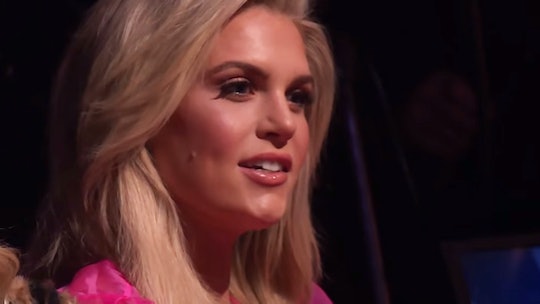 Madison LeCroy and Austen Kroll are feeling love's keen sting on Season 6 of Southern Charm. This season, the couple decided to open up their relationship to the public, but things have gotten tense after a slew of cheating allegations — on both sides. Although fans are probably wondering if the Cirque Studios makeup artist and the Bravo reality star will get back together, Madison LeCroy's Instagram might give fans a few clues on what's going down between Madison and Austen today. So buckle up and put on your Nancy Drew hats, because this is going to be wild.

Madison has two Instagram accounts — one for business and one for pleasure. Her personal handle is @madison.lecroy and her professional account is @hairandmakeup_bymadison. While Madison's business page is booming with a feed of satisfied clients and over 12,300 followers, her personal 'gram will pique the interest of any Southern Charm fan.

When Madison and Austen first started dating in 2018, the Charleston-based makeup artist posted a number of photos with her new beau. If you scroll through her feed, you'll see photos of the couple sprinkled throughout, including a few adorable pics from 2019. Of course, this means that Madison and Austen got back together following their split in the third episode of Southern Charm Season 6.

That said, the couple photos seem to have stopped as of Mar. 2019. A bit more sleuthing on Austen's Instagram page will tell fans that Madison and Austen haven't been pictured together since Apr. 2019, when the couple went on a group trip to Isle of Palms, South Carolina. So while neither Austen nor Madison have openly stated where they are in their relationship, it's possible that they broke up, seeing as they no longer feature one another on their social media accounts.

The mess behind Madison and Austen's cheating scandal stems from a now-infamous video of Madison walking in on Austen with two other women. In an interview with Entertainment Tonight, Austen revealed that this argument was early on and the two hadn't defined the relationship at the time. The reality star also shared that they were still together at the time of the interview, which was published on May 15.

But this didn't sit well with Austen, who responded to Madison's comments via Twitter. "What an absolute fabrication," he wrote. "Madison, lied to me and begged the guy to not tell me about her indiscretion. Unbelievable."

Regardless of what happens to the Southern Charm couple, Madison seems to be living her best life. She continues to post photos with her friends and family, including her six-year-old son. Recently, Madison also took a breathtaking trip to Italy with her friend, Zach. In a caption, she wrote, "We didn’t come here for an okay time." So yeah, you could say she's having a blast.