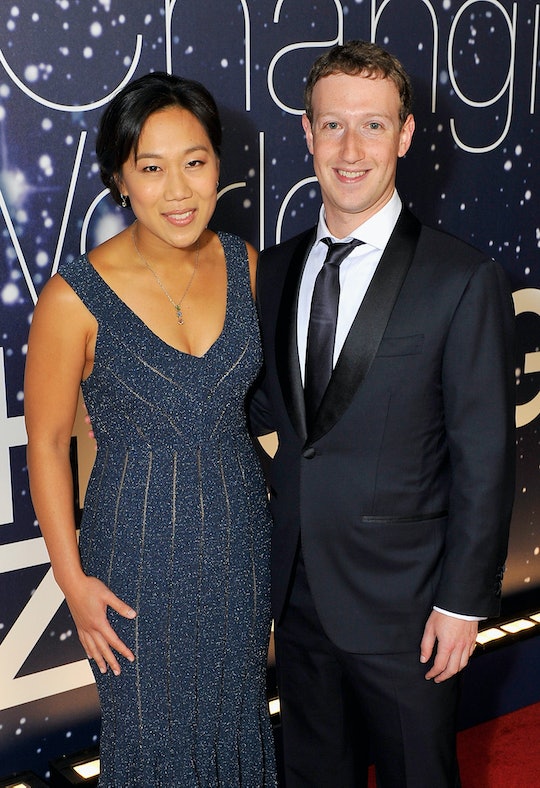 Well today was a big day for the First Family of Facebook: Mark Zuckerberg's baby was born, and he and his wife Priscilla Chan promised a $45 billion dollar donation to the Chan Zuckerberg Initiative, which will focus on education, health, and technology advancements. While their big act of charity is absolutely astounding and should probably be the big thing we're talking about, some people just can't get over that fact that Zuck & Chan (I like making them sound like a hip artisan furniture company) gave their kid a gender-neutral name. But the truth is, Max can be a girl's name, too.

It’s also super unique, sort of like her parents, so it’s very fitting. According to Time, only 14 other baby girls were named Max in 2014. Since 2000, there have only been 150 girls named Max in the U.S. It got a slight boost in 2012 when Jessica Simpson named her daughter Maxwell; There were 34 girls with the longer version of the in 2014.

Names have been a hot topic today, since the BabyCenter released its list of most popular names for the year. While a lot of classics still remain, we should be happy that Zuckerberg didn’t choose to name his child after an Instagram filter. With the announcement of the whopping donation to the Chan Zuckerberg Initiative, Mark and Priscilla clearly have some big ideas for Max and her generation.

A name like Max sounds like the perfect start to changing the world, but talk about having a lot on your shoulders. And as if being the symbol for all innovation and charitable giving wasn't enough, some haters are already making fun of her name.

Some Just Can't Get Past Their Ideas About Gender

Thankfully, There Are Some Open Minds Out There

Don't listen to the haters, Max. If your parents have anything to say about it, it looks like you have bigger things to think about.

No word yet on Max Zuckerberg's feelings about her parents giving away most of her inheritance:

More Like This
25 Mother And Daughter Halloween Costume Ideas That Are Cute And Spooky
The Best Halloween Family Pajamas To Match Your Boos
30 Adorable Baby Halloween Costumes, From Animals To Avocados
Experts Explain Whether It’s Safe For Your Baby To Sleep On Your Chest