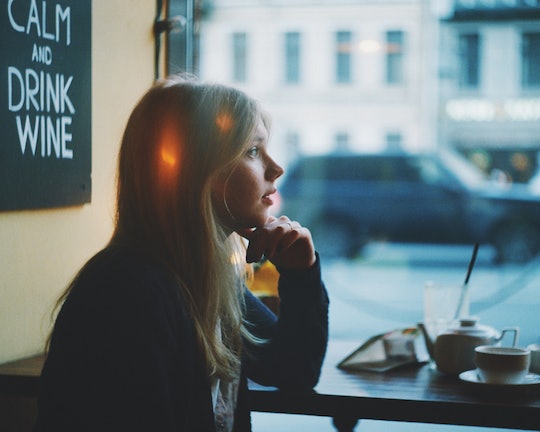 Mercury goes into retrograde (again!) very soon, and for most of us that means communication errors, computing disasters, and a general disturbance of workflow. It's frustrating and time-consuming, but more for some of us than others. Did you know that there are some signs of the zodiac that are less affected by Mercury in retrograde than others? So while we're all scrambling, they're just going on about their day as if nothing is amiss. The four signs that will be least affected by Mercury retrograde when it begins on November 17 all share one thing in common.

These four signs are known as the mutable signs of the zodiac, according to Astrology.com. There are three categories of signs in the zodiac: fixed, mutable, and cardinal signs, and they all play a specific role in relation to the universe, and to one another. The cardinal signs are fixed to the beginning of each new season, and they guide the direction of the other signs in their season, noted Astrostyle. The fixed signs are the steady eddies of the Zodiac. They're stalwart in nature and stand guardian over the fallout of the other signs. Then you have the mutable signs, which flow like water and take change well. That's what makes them particularly adept at managing the stress of Mercury in retrograde — their fluid nature.

More Like This
Signs Most Likely To Be Your Enemies, According To Your Zodiac Sign
10 Nail Art Accounts To Follow On Instagram
18 Fun Mother & Son Halloween Costume Ideas
These Trio Costume Ideas Prove That The Best Things Come In Threes