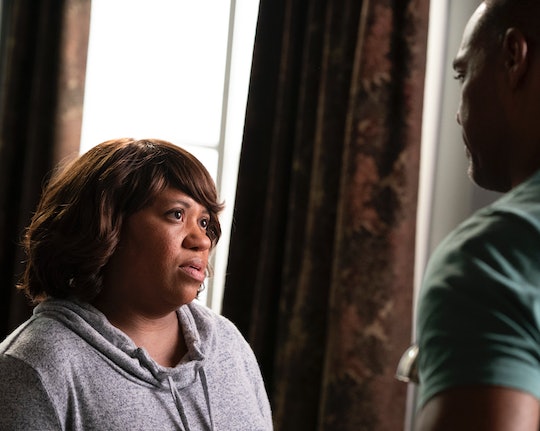 Miranda & Ben On 'Station 19' Could Have Serious Marital Problems

Ben and Miranda have had their issues over the years on Grey’s Anatomy, but they’ve always gone back to each other. When Ben wanted to change careers in his 40s, they got through it. And when Miranda had a heart attack and stepped down as chief of surgery on Grey’s, they made it through the transition. Now, they could have another hiccup in their relationship and Miranda from Grey’s Anatomy on Station 19 spells trouble for her marriage with Ben.

In the promo for Thursday’s episode, "Do a Little Harm…," Miranda tells Ben, "You are literally breaking my heart" as they argue about his job as a firefighter once again. Ben says that he doesn't want to lose her because of the job, but she already seems distressed about the danger it puts him in on a daily basis. His job was a big issue for them when he made the decision to become a firefighter and leave Grey Sloan Memorial Hospital last season on Grey’s and it seemed like they’d moved past it. But now that things are more dangerous than ever on Station 19 and for Ben, who’s still technically a rookie, Miranda seems like she hasn’t adjusted well to being a firefighter’s wife.

It also doesn't help that she’s still recovering from her heart attack and her lack of power at work as the chief of surgery. She stepped down for the time being and it's unclear if she’ll get to take the job back from Alex or if he’ll eventually be promoted from interim chief to the real deal. So in the meantime, it looks like Miranda has more time to realize how dangerous her husband’s new career is and it seems to have had a negative effect on their marriage overall.

I’m not sure if the argument in Station 19’s promo between Miranda and Ben means that the end is near for their marriage, but things aren't looking good. She’s visibly distressed by his new chosen profession and he seems to have answered a personal calling. So if neither are going to budge on their stances regarding his job as a firefighter, then I’m not sure where that leaves them.

From a logistical standpoint alone, the characters are officially on different shows. Sure, there are Grey’s and Station 19 crossovers, but for the most part, they’re both contained in their respective TV shows. That could mean that Miranda and Ben are better off exploring their lives apart from each other.

Back in January, when Ben had decided to become a firefighter, Jason George, who plays the character, told TheWrap that he saw Ben and Miranda as a "strong, grown-ass couple" who could work through their issues no matter what. Then again, he probably didn't know the continued issues they’d have going into Grey’s Season 15 and Station 19 Season 2. At the time, George said that, given Bailey’s habit of always speaking her mind, it’d be interesting to see how they deal with the transition and "if their relationship can survive this new piece."

For a while, it seemed like Miranda had come to terms with Ben’s decision and things were calmer on the home front. But as viewers have seen on Station 19, some of the fires are a lot more dangerous than Miranda probably anticipated and Ben seems to get a rush out of risking his life day to day. That combination isn't good for anyone, much less a wife who’s already had a stress-induced heart attack once.

I don't see Miranda and Ben just throwing in the towel, but given that George is a series regular on Station 19, I also don't see Ben changing his mind about his career change. As one of the longer running couples of Grey’s, however, hopefully they can work things out again. I don't think I could take another Grey’s power couple breakup.