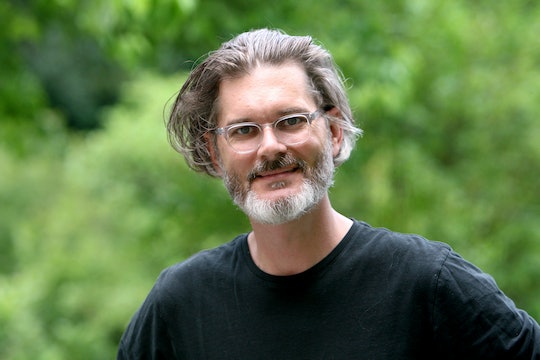 One of the many struggles parents might experience on Nov. 3 is how to deal with the stress of waiting for the outcome while also being there for their kids. And one of the best ways to channel some of that energy is to sit down as a family for author/illustrator Mo Willems' "Democracy Doodle" session on election night. Not just because it's fun, but because Willems believes doodling and drawing can be a "a physicalized form of empathy," as he told Edutopia. And empathy might be tough to tap into on Election Day as the country waits to find out the fate of the nation.

On Tuesday night, Willems will go live on the Kennedy Center's website at 7 p.m. ET to host his "Democracy Doodle" session, accompanied by the National Symphony Orchestra. As the Education Artist-In-Residence, Willems will give a series of three drawing and doodling demonstrations for parents and kids alike who might need a break from "important pundits opining on this important election," according to the Kennedy Center. What's more, each of these demonstrations will have musical accompaniment by a different member of the National Symphony Orchestra.

So just when you think you can't take any more staring at interactive maps or the hours of waiting for results to come in as the talking heads fill air time, give yourself a break by doodling with the frequently hilarious Willems and listening to some wonderful music. That should get your blood pressure down a little with any luck.

The bestselling author and illustrator of several award-winning books for kids, including Don't Let The Pigeon Drive The Bus!, Willems has been stepping up to encourage kids to stay creative throughout the pandemic, most notably with his "Lunch Doodles with Mo Willems" series at the Kennedy Center. As he explained back in March, "With millions of learners attempting to grow and educate themselves in new circumstances, I have decided to invite everyone into my studio once a day for the next few weeks."

For election night, Willems is hoping to get adults involved in the doodling as well. He told NPR that he was feeling quite "anxious" about the presidential election, and figured other parents might be in the same boat; "I thought, you know, 'I could use a break, and if I could use a break, then maybe other people could as well.'"

Considering how much parents have struggled in 2020 with trying to raise kids during a pandemic and how much is riding on this year's election, it's a safe bet that people will need a break on Tuesday night. And perhaps for several nights after, to be honest.