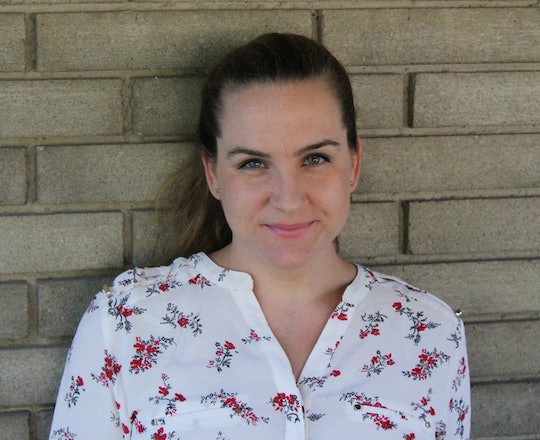 My PCOS Tests Were "Normal," But That Still Doesn't Feel Like An Answer

My menstrual cycle and I have never been friends. In my teens, heavy periods and mega mood swings made my life hell, and in my 20s, I tried one hormonal birth control option after another in hopes that I'd find relief (all I got though, was the hard-earned realization that hormonal birth control isn't actually my friend, either). Having children seemed to help — my periods became shorter and lighter afterward — but recently, after my cycle started to becoming majorly irregular (and very painful) for the first time in my life, my doctor told me that I probably had polycystic ovarian syndrome, or PCOS, a hormonal imbalance that can cause a variety of problems with a women's reproductive system, including infertility, as well as long-term complications like Type 2 diabetes and heart disease.

I wasn't hugely surprised by her comment — I'd been familiar with PCOS for years, as I'd had other doctors in the past suspect that it could be the cause of a variety of my hormone-related symptoms. I had a number of markers of the condition, after all: I was overweight, had excess hair growth (hirsutism), patches of darkened skin (acanthosis nigricans), and oily skin and breakouts occurring before my period — so it was clear that something was off with my hormones. Eventually, I was diagnosed with premenstrual dysphoric disorder (PMDD), a debilitating form of PMS that throws my entire life into a tailspin for a few days each month, but since I'd never had ovarian cysts (a key diagnostic criteria for PCOS), that was where the discussion ended.

It turned out that my blood test did in fact show a problem with my hormone levels — specifically, it showed elevated androgen levels, which are common in women with PCOS. But my ultrasound results? Totally normal. Not one single cyst to be found.

During my most recent doctor's visit, when I discussed the intense cramping and weirdly irregular cycle lengths that had become my life each month, my doctor suggested blood work to test my hormones, and an ultrasound to take a look at my ovaries. If it was PCOS, she said, she could put me on Metformin — a diabetes drug often used in the treatment of PCOS, since many women with the disorder also have insulin sensitivity issues — and perhaps that would be a solution. As much as it bothered me to think I could have PCOS, it gave me hope to think that there could at least be some way to manage this ongoing hormonal battle I'd been facing for well over a decade. Or, at the very least, a name for it.

After doing the tests, I made an appointment to meet with my doctor to discuss the results, and unsurprisingly, it turned out that my blood test did in fact show a problem with my hormone levels — specifically, it showed elevated androgen levels, which are common in women with PCOS. But my ultrasound results? Totally normal. Not one single cyst to be found.

To be totally honest, I was disappointed. I wasn't even slightly surprised to hear my blood work was weird — I already have symptoms of hyperandrogenism and have had them for many years, so if the results hadn't been abnormal, I would've wondered if perhaps they'd run the test wrong. But now that I had the tell-tale irregular cycles of PCOS, coupled with the intense pain that sounded an awful lot like ovarian cysts, I'd assumed we'd finally figured out just exactly what could be wrong with me. And more so, that maybe there could finally be something that could be done about it.

"I'd be happy to refer you to a gynecologist if you'd like. But I don’t think there’s anything more I can do specifically.”

“OK so, what does that mean?” I asked my doctor, hoping she had a backup plan, like she usually does. “Well, your hormone levels are off, but it’s unclear why," she said. "I can prescribe you birth control regulate your cycles, but I know you don't want to do that."

I definitely did not. “So... what happens next?” I asked.

“There isn't actually much beyond that," she said with a sigh, adding, "I'd be happy to refer you to a gynecologist if you'd like. But I don’t think there’s anything more I can do specifically.”

Almost instantly, I felt tears rushing to my eyes. I understood what she was saying, and I knew that the fact that I didn't have PCOS was a good thing. More importantly though, even with my painful periods and irregular cycles, nothing was seriously wrong. I was still healthy. Given all the things they could've found on an ultrasound of my ovaries much worse than cysts, the fact that the scan was totally normally was really good news.

And yet, my heart felt so heavy. In that moment, I'd been brought back to every single disappointing doctor's appointment I'd ever had in my life, the times I saw specialist after specialist, explaining the ways in which my reproductive organs were making my life completely miserable, hoping they'd have some answers. But they never did. Because things seem to improve a bit after I had kids, I thought maybe those frustrating days were behind me. I'd also finally managed to lose 30 pounds this year and revamp my diet — cutting out sugar and flour entirely — and both of those things had always been cited by my various doctors as ways I could improve my hormone problems on my own. Yet, here I was: thinner, healthier, and yet clearly no closer to finding any solution to my problems.

Like all the other women out there struggling with their health for no apparent reason, being told by your doctor that you're essentially "just fine" even when you don't feel even sort of fine is crushing. 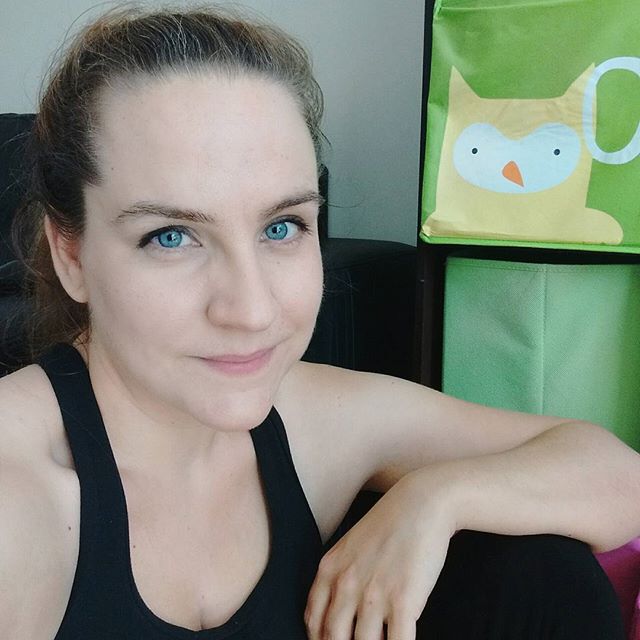 I left that appointment and did what far too many other people before me have also done when faced with a bunch of question marks where they'd hoped proper medical diagnoses would be: I turned to Google. I searched for all the information I could find on PCOS and hormone imbalances and hyperandrogenism, and soon I found myself fully entrenched in the online world of DIY natural cures and magical supplements and people swearing they solved all their problems with essential oils or by cutting out entire food groups completely. I read message boards about people arguing that doctors didn't take women's problems seriously, that the tests are wrong, that the doctors themselves are misinformed, or that they're all shills for Big Pharma and synthetic, chemical birth control products. I even found an online course promising to cure my hormonal imbalance through a special food plan, a long list of supplements, and regular video chats, and sincerely considering doling out the close to $300 it required.

For years, I'd felt so let down by all the doctors who were unable to help me — doctors who dismissed the painful vagnismus and vulvodynia that caused both physical and emotional pain; doctors who just kept writing repeated prescriptions for antibiotics while I suffered for years with an outrageously painful chronic skin condition called hidradenitis suppurativa; and, of course, the ones who told me the only way to solve my period woes would be to try yet another hormonal contraceptive that would leave me feeling even worse. But then, finally, my luck changed, and I found new doctors who presented actually-effective treatments options that allowed me to live pain-free for the first time in over a decade. I was so grateful to have finally found real help, and I prayed I'd never again have to go back.

Of course, even if I had been diagnosed with PCOS and put on Metformin that day, it's entirely likely that it wouldn't have cured me. Even women who have official PCOS diagnoses suffer greatly, and unfortunately there really aren't a lot of options out there to ease that suffering. Surely many of them have also ended up praying at the altar of Dr. Google for some kind of solution, some kind of holistic remedy made from coconut oil and turmeric that would ease the burden of having a body that just doesn't quite work right. The diagnosis in itself is not a solution.

But at least then, I think, I might have had some answers, some explanation. Like all the other women out there struggling with their health for no apparent reason, being told by your doctor that you're essentially "just fine" even when you don't feel even sort of fine is crushing. And some days, I seriously consider just accepting that all I can really do is learn to live with it until I go through menopause, trying to be OK with the fact that I'm just going to continue spending a not-insignificant portion of my life in pain, or feeling like I can't function the way that I should.

In the end, I let my doctor refer me to yet another gynecologist, and I still plan on going and hoping that perhaps she'll have some more answers, or at least some more suggestions. But, knowing what's happened countless other times I've been referred to specialists for similar concerns? I also won't be holding my breath for any miracles.