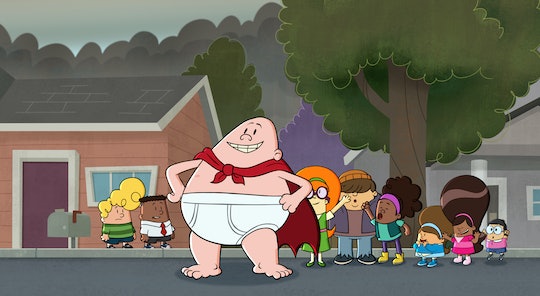 Before I became a parent, I knew I'd never be the type to limit her kid's interests, which is why my 5-year-old basically has free reign over the Netflix app on his iPad. I like to keep up with what he watches, but for the most part I let him discover new shows on his own. Thanks to the increasing number of Netflix Original animated series, there's no shortage of entertaining content. My son's ranking of Netflix cartoons shows just how much quality animation is out there. Sure, he's no expert, but who better to recommend shows to kids than an actual kid, right? (With supervision, obviously.)

Netflix has really gotten choosing their animated content for kids down to a science. Somehow almost every show the streaming platform acquires ends up being something entertaining or just silly enough to make kids remember theme songs and retell the same jokes afterward. As someone who watches enough shows that it's easier to name series I haven't seen, I can't even be mad at my son's wide range of tastes in Netflix shows. Like mother like son, right? If you’re OK with taking a five-year-old’s Netflix suggestions, here’s my son's ranking of his favorite cartoons currently available on Netflix in reverse order.