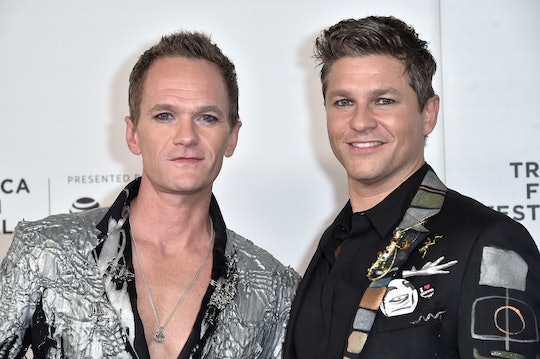 Expanding a family is something many parents think about often. It can be a difficult decision for some, but for one celebrity couple it was laid out in black and white. Neil Patrick Harris and David Burtka's twins have strong feelings about the possibility of siblings, so it looks like this adorable little family won't be growing any time soon.

Harris, 45, opened up to Us Weekly about having more kids with Burtka one day, revealing that his twins, Harper Grace Burtka-Harris and Gideon Scott Burtka-Harris, aren't interested in more siblings. The pair are just happy to "have each other," and don't feel like they need brothers or sisters, according to the Series of Unfortunate Events actor. Harris told Us that the fact that the twins are a boy and a girl helps, adding that they really enjoy each other's company. Due to his kids stance on the matter, Harris doesn't seem to even be considering future kids. He also didn't appear too bothered by the idea of only having the twins, now 8 years old.

"No. I mean, they have each other," Harris said of his son and daughter. "They're twins. So there's a boy and a girl, and they're super stoked together."

Harris is a doting father, and he speaks about his children often. In March 2018, he opened up to Us in a separate interview about the children's interests. Harris told the outlet Gideon had recently gotten into baseball, while Harper was focusing on gymnastics. He told Us that both kids were taking their chosen sports seriously, and appeared to be enjoying the experience himself. Harris said that personally, he was having fun fostering Harper's gymnastics passion.

"Gideon's into baseball at the moment so he's been practicing his baseball drills and Harper is very into gymnastics still," Harris told Us. "She loves doing handstands. As do I. We're cut from the same cloth. I'm big up in circus stuff. We keep showing each other handstands [and] she corrects me more."

Gideon and Harper were born in 2010, when Harris and Burtka welcomed the children via a surrogate. Harris sat down with Oprah Winfrey in 2012, according to Daily Mail, for an interview in which he discussed the science behind his children's birth. He shared that he and Burtka decided to use "two eggs, two embryos, one of mine, one of his." The couple knew the surrogate, according to Daily Mail. They did not know the egg donor, however. Harris said they found her through a donation bank. He told Winfrey they "lucked out" and both embryos took and the children were both healthy.

Harris and Burtka married in 2014, according to INSIDER. They tied the knot in Italy. The wedding took place two years after Burtka proposed to Harris in Santa Monica, California, which he confirmed to Out.

Fans have come to look forward to glimpses inside Harris and Burka's little family. Their annual family Halloween photo is something that's widely gushed about online each year, but even their daily dealings are adorable. It doesn't look like any more children are in the cards for this family, but they're perfect just the way they are.