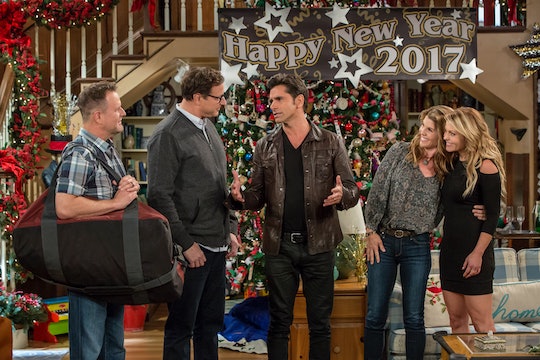 Every year since my son was born, I've had the same dilemma — do I stay in and do the mom thing while toasting my champagne flute to his sippy cup, or do I enjoy my 20's while they last thing and go out for New Year's Eve? Luckily, Netflix's New Year's Eve countdown for parents will make that decision a little easier this year. Just as the streaming service did for 2016, they'll be allowing parents to ring in 2017 with their little ones as early as they want. Just search "Countdowns" on Netflix and the 10 available New Year's Eve countdown videos will pop up, ready for you to trick your kids with.

But if you don't want to think of it as trickery, think of it as a way of keeping with your kid's bedtime that they need, lest they should become monsters by the real stroke of midnight. It's also an opportunity for you to get the full New Year's Eve effect once they go to bed with the idea that they got to celebrate the beginning of the new year for real. You can choose from 10 different Netflix New Year's Eve countdowns featuring characters from a vast array of Netflix selections, such as: Word Party, Puffin Rock, Luna Petunia, Beat Bugs, All Hail King Julien, Skylanders Academy, Trollhunters, Project Mc2, Fuller House, and Chasing Cameron, allowing you to have everything you need in order to set your kid's inner clock for their very own personalized midnight.

Once you search "Countdowns" on Netflix, you'll find the individual videos that each last 1-2 minutes long and are just interesting enough to make your kid think it's the real thing. And after their faux countdown, you can either send them to bed and let the real fun begin, a la a few games of Cards Against Humanity and more flowing champagne with friends, or go to bed yourself. Parenting can be hard work and disappearing under a down comforter for a full 12 hours of sleep might be more fulfilling than entertaining a living room full of guests.

Or, since there are different Netflix New Year's Eve countdowns for different ages, you can give each of your kids the chance to choose one before their collective stomp off to bed. And if you're at the point where your kids are all typically going to bed at different times, they can each enjoy their countdowns before their respective bedtimes. They might get suspicious of the reality after the third one, but at that point, it'll be too late to turn back anyway.

But even if New Year's Eve isn't about going out and partying like it's 1999, the Netflix Year's Eve countdowns can make it fun again, but in a different way for the whole family. You get the chance to teach your kids, however small, about the celebration of a new year to come, while giving them a video countdown to look forward to. Really, it's just about earning cool points as a parent. And in the end, isn't that the goal?