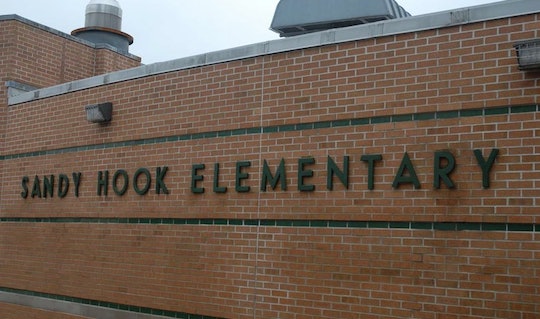 How does a community heal after one of the largest mass shooting of schoolchildren in American history ? That’s one of many questions the filmmakers behind the newly released documentary Newtown sought to answer when they spoke to Bustle about Newtown on Facebook Live on Oct. 7 in anticipation of the documentary’s New York premiere.

Newtown tells the story of how the small community of Newtown, Connecticut that came together after the largest mass shooting of schoolchildren in American history. Director Kim Snyder and producer Maria Cole told Bustle that the documentary gave filmmakers the chance to explore the town’s communal grief and the healing process that followed. The interview also featured David Wheeler, the father of one of the victims.

Newtown is intimate; it offers the viewers a insider’s view of a town moving through its grief in search of healing. Cole mentioned that the film crew had to be extremely sensitive, and she never became casual about the enormous loss. “I also felt incredibly inspired around David and the others,” Snyder told Bustle in the video. “To see the kind of strength that humans have in general and particularly that counterbalance of empathy and pain.”

An important component of making the documentary, according to Snyder and Cole, was gaining the trust of community members who participated in the film, including teachers, first responders, and some of the parents who lost their children in such an incomprehensible act of violence.

David Wheeler said he thought about it a lot before agreeing to appear in the film. For him and his wife, he said, it became a part of their grieving process. They viewed it as a chance to talk to the world about what happened. And there was also an intentional, activist element to their participation. “We wanted to keep other parents from going through this,” he said.

“This club that I’m unwitting, unwilling member of is just getting bigger and bigger and bigger,” Wheeler said. “Until we’re able to redirect our culture and our society, that’s going to continue.”

Although the film chronicles the aftermath of a tragedy, it is also hopeful, showing the ways in which the community has grown stronger in the years since the shooting and made itself a force for change. According to filmmakers, one goal for Newtown is to keep the conversation and progress going. The film’s website offers ways to get involved. Snyder told Bustle she hopes Newtown will “open the dialogue to see if we can talk about [gun violence] as a public health crisis,” and Wheeler said he wants “people to come away from this film and not just ask, ‘What can I do?’ but get an answer to that question, and then do it.”

Watch the full interview here, read Romper’s profile of David Wheeler, and see Romper’s infographic on whether gun violence or terrorism is a bigger threat to kids.

Newtown premiered in New York theaters on Oct. 7 and Los Angeles on Oct. 14. A one-night nationwide screening was held in over 400 selected theaters on Nov. 2.

More Like This
Alec & Hilaria Baldwin Welcome Baby #7, And Revealed Her Cheerful Name
Leonardo DiCaprio Nearly Had A Role In 'Hocus Pocus' & More Fun Facts You Didn't Know
Gabrielle Union Admits She May Be Becoming A Bit Of A Dance Mom With 3-Year-Old Kaavia
'The Proud Family: Louder & Prouder' Is Returning For Season 2 On Disney+