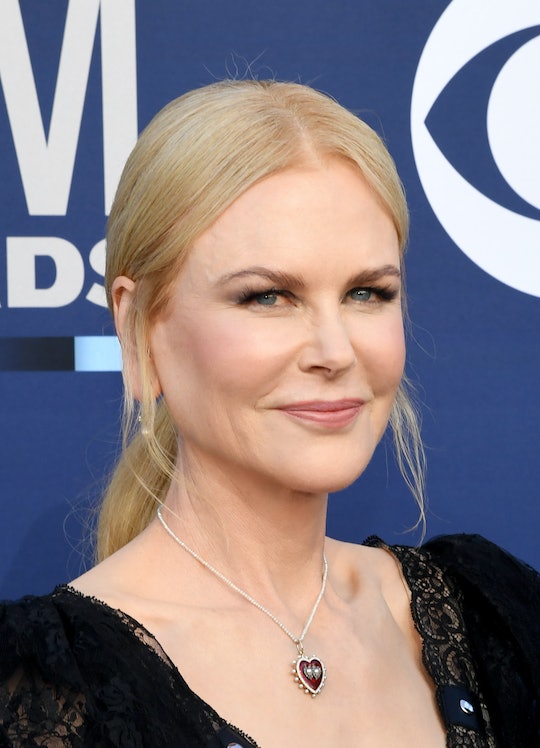 She's the winner of... well, what award hasn't she gotten? Then there's whole beautiful and accomplished thing... the working with dream-costars including Meryl Streep, Laura Dern, and Reese Witherspoon part... the marriage-to-her-hot soulmate bit. Since no one has it all, it turns out this star does actually have a problem, and it's a domestic one. Nicole Kidman says these parenting rules make her "unpopular" with her own daughters — but sorry, it's Team Nicole all the way on this one.

As USA Today reported, the star recently opened up about her rules at home with musician husband Keith Urban and daughters Sunday Rose, 10, and Faith Margaret, 8.

The newspaper, picking up on a more detailed cover interview published by Vanity Fair, noted that Kidman takes a more old-fashioned approach to child-rearing on this second go-round (the star has two older kids raised with ex Tom Cruise, Bella, 26, and Connor, 24, USA Today clarified).

In the interview, Kidman opened up about being a highly-photographed celebrity on the one hand, and a mom trying to keep things as normal as possible when not jetting the world on the other.

The A-lister, who is in an involved school parent when not on a set — even down to chaperoning elementary-school field trips — said her level of strictness might end up making even an Oscar winner such as herself “unpopular" on the homefront, as per Vanity Fair.

"They don’t have a phone and I don’t allow them to have an Instagram,” the star divulged to the glossy mag. “I try to keep some sort of boundaries.”

And that's not all: Kidman insists the family attend church, too. Not so much because she believes there is only one religious approach (as USA Today noted the actress explained ) but because she wants her children to try not to judge others.

"I had a very Catholic grandmother, and I was raised praying, so that had massive impact," Kidman added. "My dad would always say, ‘Tolerance is the most important thing.’ ”

Kidman, who was interviewed byVanity Fair in her adopted hometown of Nashville, does sound like a traditional Southern mom in some ways; Entertainment Tonight added that the star has Faith taking violin lessons while Sunday plays the piano.

Still, the magazine noted that Kidman's a global thinker, so she's not afraid to have hard conversations with her kids when needed.

“I was talking to Sunday about there being little girls in different parts of this world who don’t own their bodies. A man owns their body. Her eyes were like ‘What?’ We’re trying to educate about those things. But it’s giving the information gently, and then guiding," explained Kidman, whose own charity causes include Syndey Children's Hospital in her native Australia.

As for her current hit, HBO's Big Little Lies, Kidman noted to VF that the show has given her the opportunity of a lifetime in an industry used to being less female-centric: The chance to star with equally powerful women playing strong characters.

(And Kidman's Instagram account is so full of her costars, including and close bud Reese Witherspoon, you know she's really telling the truth on this one.)

I for one love Kidman, and my schedule will open up past Game of Thrones to binge on her Big Little Lies; I can't wait! It's awesome to hear about a show full of fabulous females, the experience of which will only help her to raise her own little women. I hope the star doesn't give in on the "No Instagram" thing until Sunday and Faith are older, but I'm Team Nicole all the way on this, if she needs the support.