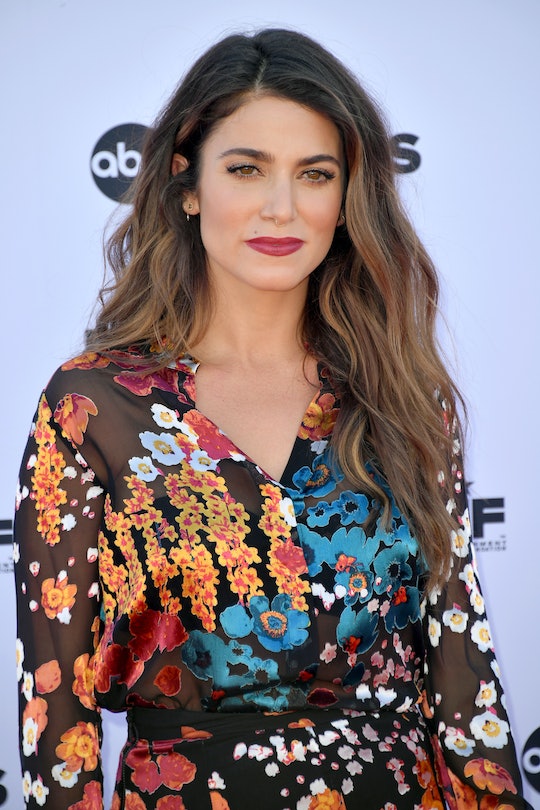 There were so many celeb babies in 2017 and Nikki Reed and Ian Somerhalder's daughter is just one of them. To celebrate the New Year, Nikki Reed shared a sweet message to her daughter on Instagram and made a tribute to motherhood in general. She reposted her nude pregnancy shot from earlier in the year that her husband took and wrote, "2017 you changed me forever. You made me understand what it means to be human. You made me a mom. You made me a true believer in a love I’d only ever dreamed of."

Reed and Somerhalder welcomed their baby girl, Bodhi Soleil, in August after a pretty public pregnancy. Both she and her husband were really open about their plans to have kids and how much they were enjoying the process of building a family together. She told Fit Pregnancy:

Being pregnant gave me instant perspective. It’s the first time in my life I’ve passed on anything that isn’t exactly what I want to be doing. Pregnancy is the moment you find your path and do what you want, when you want, how you want. I’m building and launching a company that’s been a dream of mine. I honestly feel better than ever.

It seems like that high hasn't gone away even through all the diaper changes.

Somerhalder and Reed came under fire this fall when they went on a podcast to talk about how they decided to have a baby. They said on the Dr. Berlin's Informed Pregnancy podcast that they were in Barcelona with their friends, talking about how they both wanted to get pregnant at the same time. Somerhalder told Dr. Berlin that he just went into his wife's stuff and threw out her birth control pills.

"It was the beginning of the pack, so I had to pop all those suckers out," he said. Reed jumped in to say that she was "freaking out" while he did it and their friends looked on. Somerhalder added, “Actually, now thinking about it, I guess I kind of decided [to start a family]."

A lot of listener interpreted the story as a sign of abuse or that Somerhalder was forcing Reed to get pregnant by flushing her birth control pills. In most cases, it is, so it was a good sign that people expressed their concern. However, this time was different. The couple released a joint statement on Instagram saying:

We never expected a lighthearted interview we did poking fun at EACH OTHER and how WE chose together to get pregnant, a goofy moment in Barcelona with our two best friends and the anticipation of the start of our journey together as we went from two to three, to turn into something representing a very serious matter.

They added in the same statement, "However, if this somehow sheds light on a topic that definitely needs mainstream attention, then we are grateful for the unintended consequence. It’s a shame that outlets chose this as their way into a very serious discussion, as we are certainly not qualified to be the faces of this topic."

Despite that one mini-scandal, overall it seems like 2017 treated Reed and Somerhalder pretty well. Somerhalder posted a throwback picture of him and Reed hiking on Instagram over the Christmas holiday, "Christmas hike with my beautiful wife and our little one... Merry Christmas from us. We hope today is about family, friends, health and happiness in no certain order. Thanks for all of your love and support in 2017. Let’s make 2018 a vintage year for humanity. Love, Us."

While you might not always agree with what they say or do, Reed and Somerhalder definitely have a positive outlook for the new year.