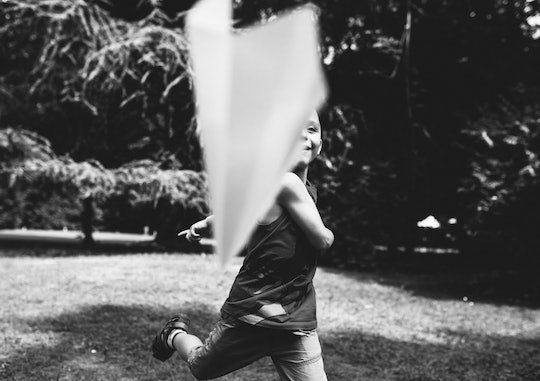 When we crossed a Black Lives Matter protest in Manhattan this past summer, my 7-year-old had questions. “What are the protestors asking for?” he inquired. He already knew George Floyd was dead, and how he had died. We had offered an age-appropriate version, intentionally leaving room for follow-up questions that had come as expected.

“The protestors are asking that the cop who killed Mr. Floyd be put in jail,” I said.

“His own jail?” he asked in disbelief.

“But he has the keys to his own jail!” he clarified.

“Yes, you’re right!” I said, stumped by his comment.

As soon as my son completed his thought, a New Yorker-style cartoon loomed in my mind: a cop wearing cop clothes inside a prison cell is positioned right behind where the door latches. One arm is stretched around a prison bar, reaching for the lock. He’s holding a key, one of many in a keyring, secured to his belt with a plastic coil. His gleeful expression is animated further by the bemused look on his friends’ faces who are huddled just outside the jail cell, awaiting his imminent release.

This is how I experienced this conversation, but I do not wish to speak over my son’s voice. In a culture where it happens a lot, I wish to do the exact opposite. As parents, when our children share their thoughts and observations about race and racial injustice, the first thing we have to do is unlearn the tendency to dismiss our children’s observations and questions — no matter how uncomfortable or politically incorrect.

When my son said “His own jail,” I didn’t jump to teach him about the justice system. Curious as I was, I didn’t ask what he meant. I wanted to let him process the unfolding of George Floyd's death, from the moment he was approached by a cop for a suspected counterfeit $20 bill until the time justice is hopefully served.

Children are innately critical and creative thinkers and problem solvers. But their agency as capable human beings relies on adults recognizing and nourishing that quality. As a racial literacy educator, I have often found parents and adult caregivers struggling to nurture their children’s agency or unique worldviews. This incapacity becomes even more pronounced when children start conversations that make us uncomfortable. Topics like sexuality, gender, and consent have long been presented as subjects for necessary but anxiety-inducing conversations. And now, with the Black Lives Matter uprising foregrounding conversations about race, skin color, and social justice, many of us are scrambling for resources to have more of these uncomfortable but necessary conversations. But the reckoning that we parents are looking for in anti-racist parenting books and articles is not so much about what we can teach our children. It is about what we can unlearn before we begin to teach them.

When my child first started commenting on people sleeping on the streets or on product advertisements showcasing semi-nude women in Times Square, he made very clear observations. “Mommy, why are these people sleeping here?” he asked walking down a side street in midtown one late evening. “Because they don’t have a home,” I replied. “They don’t have enough money to have a home or food.” I continued to build on the conversation, bringing up generational poverty, the opportunity gap, and what it means to be wealthy. I told him that many children don’t have enough funds for toys or education, that low-income families have to make tough choices every day, and what it means to be part of a shared community.

I choose to lead these conversations with factual information about skin color.

I answered his questions about society just as most parents would have answered questions about science or math. If I had ignored him, snubbed him, infantilized him, or presented him with arguments like “homeless people are lazy” or whatever beliefs people lean on without any real context, I would have been telling him not to question what he sees and to just move on silently. Instead, I did not misunderstand his judgment-free comments, and I did not challenge his worldview. I didn’t want to normalize very visible social and gender disparities or the silence around them. He saw them and he questioned them freely — rightly so. I chose not to default to the status quo, and we must not default to the status quo now when it comes to race or skin color. We should let our children lead with their uncomfortable questions and help them find their own answers.

Well-intentioned and reflexive parents of all ethnic backgrounds often just don’t know where to begin with this work. There’s a discomfort around acknowledging questions about skin color and a tendency to essentialize difference by pointing to race or culture like they are scientific categories rather than historically constructed ones. But these responses dismiss or dilute children’s observations.

I choose to lead these conversations with factual information about skin color. Starting with terms like melanin, genes, and adaptation can help kids understand what gives skin its color so they can move on to exploring more complex questions about how difference is constructed along racial, ethnic, class, or caste-based lines. Now, as I see parents of all backgrounds trying to talk to their children about racial and economic justice, I hope they will unlearn their own biases and engage with their children’s questions honestly.

If there’s one thing I have come to believe being surrounded by folks doing transformative work, it is that we all were there once. We are all trying and it’s going to take all of us to make it better. It isn’t just enough that #BLM activists are shaking the globe off its listlessness. We must bring the message of the movement home.

My first tip-toeing conversation with my son about justice was about cops in 2016. About 3 years of age, my son used the words “good guy” and “bad guy” while playing a game of car chase. I told him then that the notions of good and bad weren’t fixed but rather contextual. I asked him if a hungry child who had taken a piece of fruit from a store would be considered a bad guy, a burglar. Thoughtful and sad, he replied, “No!” Since then, he has only occasionally played that game. When I invoked this conversation with him recently, while we were discussing George Floyd’s death, he told me, “It was the worst example! But best for me to learn that all cops aren’t good people. Mom, I actually believe you.” And then he added, “It’s nothing like Columbo.” (Yes, he’s a fan of the popular 1970s television series starring Peter Falk as an unrelenting, justice-serving cop.)

Has my son, at 7, pieced together real events with fragments of social justice lessons he’s heard both inside and outside the home? Does he really believe that the cop, in fact, does have “the keys to his own jail” in every way possible? I think he has and he does. Because children know the emperor is naked. It’s the adults who don’t.