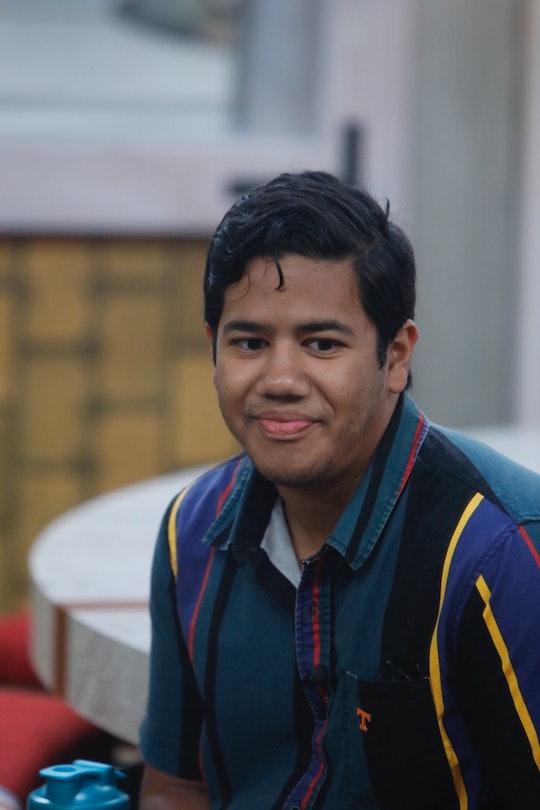 Sometimes, the Big Brother stars have a way of aligning for the right players. Ovi might not have proved himself to be formidable competition just yet, but he probably didn't deserve the blindside he almost received in the first live Big Brother episode of the season. So when Ovi was saved by the new Big Brother twist, Twitter let out a collective sigh of relief while being pretty blown away by this game-changer.

Ovi dodged a serious bullet by not being voted out, as the majority of the house planned to do, unbeknownst to him. He did campaign for himself in an effort to save himself before voting would have taken place, but the decision had been made among the house majority. Unfortunately, that’s what happens when you have an eight person Big Brother alliance. Kathryn was made safe by the new twist too, but I don't think she was ever in any real danger of being voted out over Ovi.

The newest Big Brother twist probably couldn’t have come at a better time and, as Julie Chen Moonves said at the beginning of Wednesday’s episode, it was definitely a first in the show’s 21 seasons. She explained that the player voted out in the live episode would be out of the game, but not out of the house.

Even for the more experienced Big Brother fans, that tease left a lot to the imagination. It was hard to figure out how a player could still be on the show or even in the house, but not part of the game. In the past, evicted houseguests went on to stay in sequester and wait for a Battle Back competition to try and fight their way back into the house and into the game. Clearly, this was a totally different kind of twist and fans on Twitter were pretty surprised.

One fan theorized that Ovi might still be able to use his power after he was evicted and, although he wouldn't be part of the game, act as a puppetmaster of sorts. That way, Ovi could still make an impact on the game even if he isn't a part of it anymore. I’m not sure if he will still be able to utilize his nightmare power, but he definitely isn't going anywhere anytime soon.

The actual twist, as Moonves explained, is called Camp Comeback. The members of the camp are out of the game and will not have any of the benefits of the active players. That means they won't get to play any of the Head of Household or Veto competitions. They will also have to sleep in the cabin upstairs in the Big Brother house which is, as Moonves explained, "far from comfortable." It sounds like the houseguests sent to Camp Comeback will basically be have-nots, but since it means they aren't sent home right away, I have a feeling no one will have complaints about uncomfortable living quarters.

Evicted houseguests will stay in Camp Comeback until there are four of them. At that point, they will all compete to be put back in the actual game. So it's like a Battle Back, but the houseguests get to continue their social games and aren't left out of the loop while the game goes on. It's a pretty good deal for the first four evicted houseguests this season and Twitter is all over it.

This new twist also means that the next two evicted houseguests, along with David and Ovi, are essentially safe despite being voted out of the house. In two weeks, the members of Camp Comeback will all find out which of them is going to get back in the game when they compete against each other, but until then, they can work on their individual social games. And on Big Brother, social games are plenty important.