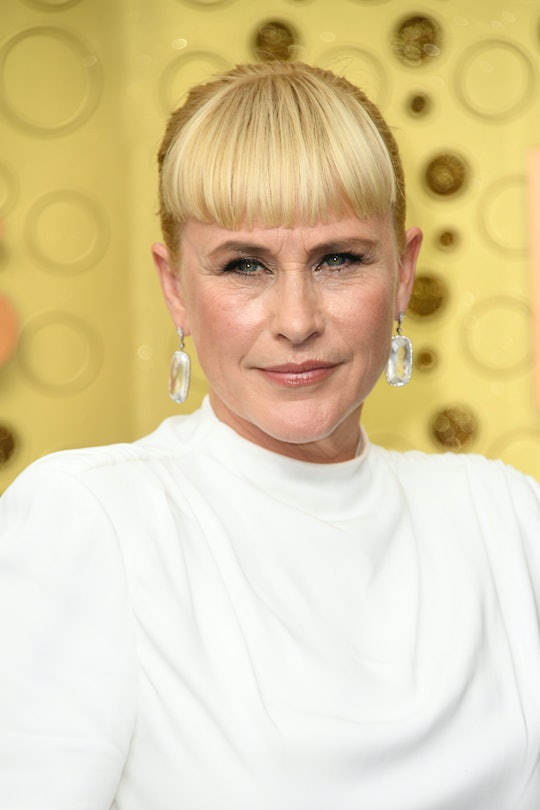 The only thing bigger at the Emmys than the awards themselves are the speeches the actors deliver upon receiving their awards. Sometimes, it's about thanking everyone involved in the TV show or movie for which they won the award. Other times, it's about using the opportunity to open up about something more important. And Patricia Arquette's Emmys speech was all about giving more opportunities and acceptance to trans people in honor of her sister, Alexis Arquette, who died in 2016.

Alexis died due to complications related to her HIV-positive diagnosis, which she received in and had lived with since 1987. Although she was born a man, Alexis was open with the public and with her family about her need to transition from male to female through hormone treatments and, eventually, surgery. She was supportive of other celebrities, like Chaz Bono, for their own struggles as transgender individuals.

When Patricia won the Emmy for Best Supporting Actress in a Limited Series for her role in The Act, she began her speech by saying how grateful she was to be "getting the best parts" of her life at 50 years old. But she quickly used the rest of her time on-stage to bring attention to transgender rights in society and in the workplace in honor of her sister.

She went on in her acceptance speech to urge everyone watching to give trans individuals the opportunities and rights they deserve. "Trans people are still being persecuted," Patricia said. "I’m in mourning every day of my life, Alexis, and I will be for the rest of my life for you until we change the world so trans people are not persecuted. And give them jobs. They’re human beings, let’s get rid of this bias we have everywhere."

It was a powerful speech and one which proved the Emmys can be the perfect platform for actors to open up about more important world issues rather than inadvertently praise themselves for receiving their awards.

This isn't the first time Patricia has used her position as an award-winning actress to speak out for the rights of those in the LGBTQ community. When she was given the Vanguard Award at the 2017 GLAAD Media Awards, she used the opportunity to speak out for the basic human rights of transgender individuals and point out her sister's accolades and risks as an actress in the trans community.

"Trans visibility really matters. It is not easy to be a trans person in the United States of America now," she said at the time. "My sister Alexis challenged the industry — she had a successful career and knew she was risking losing work and her livelihood to live her truth… to lose parts, to live as a transwoman. She risked everything. She risked it all because she knew she couldn’t live a life that was a lie."

Patricia's role in The Act didn't have anything to do with the trans community, but it seems to be her mission to speak out for those who don't have as loud of a voice themselves. It was an inspiring way to use her Emmys acceptance speech and I don't think it's the last people have heard of her thoughts on the issues.