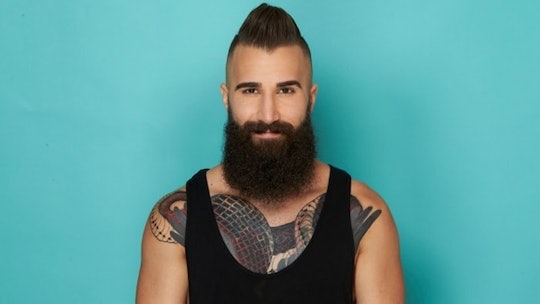 Not for the first time, former Big Brother houseguest Paul Abrahamian made a surprise appearance on the show to the surprise and delight of most fans. In fact, when Paul appeared on Celebrity Big Brother Wednesday night, it wasn't just to pop out and give some advice to the new houseguests, but instead it was to perform an actual song and dance. On stage. And it can't be rewatched enough.

If this was any other season of Big Brother, you might expect the two time runner-up to pop up at some point or even to be permitted to compete yet again (maybe third time's a charm?), but for Celebrity Big Brother, no one really expected Paul to make an appearance, let alone return for a musical number. He popped out during the very first Head of Household competition along with Season 13 winner Rachel Reilly and even his fellow Season 19 houseguests Jessica Graf and Cody Nickson were in attendance for a blink and you'll miss it shot.

As some Big Brother fans weren't exactly rooting for Paul during his second season on the show, it's safe to say that some are relieved that his performance on the Celebrity Big Brother premiere was a one time thing, but even if you're not all about "friendship," it was still entertaining to watch.

Since Season 19 ended, Paul has been back at writing and recording music, so he wasn't exactly hurting for exposure or work, but as one of the more memorable Big Brother contestants in the history of the show, he was probably the best choice to bring back for the surprise performance Wednesday night. He also seems to have been just as excited for the Celebrity Big Brother premiere as the rest of us, so I guess the love is mutual.

For those who don't know, Paul first appeared on Season 18 of Big Brother and made it all the way to the final two, only to be outvoted by houseguest Nicole Franzel, who won the first place prize of $500,000. Then, he surprised everyone by showing up once again as one of the many twists of Season 19 and was brought back into the game. Once again, he made it to the final two, but again, he came up short. So I'd be lying if I said I wasn't half expecting him to stick around this time again, but Paul's performance on Celebrity Big Brother was definitely a one time thing, however memorable it was.

It hasn't stopped fans from talking about it on Twitter, though, either hoping for Paul to come back for good this season or talking about how much they hope that isn't the case. I mean, say what you will about Paul and the game he played during both seasons he was on Big Brother, but they picked him to appear at the first Head of Household competition for a reason. So let's not pretend like he doesn't always bring entertainment to the show.

The conspiracy theorist in me is wondering if this was some ploy to remind fans that Paul was a solid favorite for the past couple of the seasons, or at least, he helped make them memorable. And maybe reminding fans of Paul and his connection and high energy when it comes to Big Brother was possibly a way to hint that he'll be a part of an all-star season in the near future? I know, wishful thinking and all that, but if there is going to be a Big Brother all-star season for Season 20 or in the next couple of years, he's obviously a top contender. And Paul's surprise performance on Celebrity Big Brother was definitely proof of that.